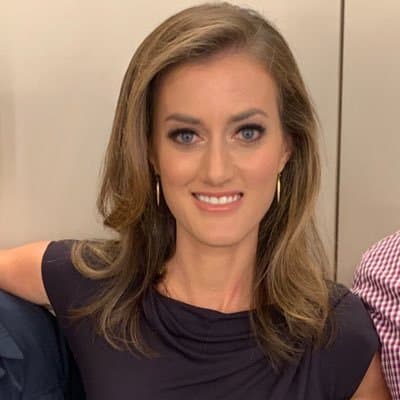 Samantha Vinograd is an American media personality serving as a CNN national security analyst. She is also a senior adviser at the University of Delaware’s Biden Institute. She previously served on President Barack Obama’s National Security Council from 2009 to 2013 and at the Treasury Department under President George W. Bush.

Vinograd stands at a height of 5 feet 6 inches tall.

She holds a B.A. in Asian and Middle Eastern Studies from the University of Pennsylvania and a Masters Degree in Security Studies from Georgetown University.

Vinograd is the daughter of Barbara Lefkowitz Vinograd and Serge G. Vinograd. Her parents are Jewish and her father is a Holocaust survivor from France. She was brought up alongside her siblings; Ariane, Cassandra, and Benjamin.

Samantha’s marital status is unknown as she keeps her personal life private.

Vinograd is a CNN National Security Analyst and writes a weekly column on cnn.com.  She offers a glimpse of the kind of intelligence assessments that are likely to come across the desk of the President of the United States. Her briefings are modeled on the President’s Daily Briefing (PDB), which the Director of National Intelligence prepares for the President on an almost daily basis.

Samantha is a senior advisor at the Biden Institute and the co-founder of Global Opportunity Advisors. She began her career as a deputy attache to Iraq at the U.S. Treasury Department in Baghdad during the George W. Bush administration and then in multiple posts during the Obama administration including as an advisor to the National Security Council as the Director for Iraq, as the Director for International Economics, and as the Senior Advisor to National Security Advisor Thomas E. Donilon.

She began working for Goldman Sachs in 2013, here her work focused on building public – private sector partnerships across a broad range of policy and business issues, and she later led Global Public Policy at Stripe.

She also serves as an advisor to the US Fund for UNICEF. She was a Visiting Fellow at the University of Pennsylvania’s Wharton Public Policy Institute, a David E. Rockefeller Fellow at the Trilateral Commission and a Millennium Fellow at the Atlantic Council.

She is a co-founder and managing director for Global Opportunity Advisors, a geopolitical risk and policy advisory firm.

In August 2019, Samantha wrote an article for CNN digital where she alleged that Trump has used Israel for political points, and there may be consequences.

“Trump has been the beneficiary of some previously unthinkable campaign support and he recently showed just how far he is willing to go to accept foreign help when it comes to his personal political battles.

In his latest move to demonize Democratic congresswomen of color, Trump tweeted on Thursday, “It would show great weakness if Israel allowed Rep. Omar and Rep. Tlaib to visit. They hate Israel & all Jewish people, & there is nothing that can be said or done to change their minds.” Israel’s deputy foreign minister then announced Israel was banning the two congresswomen from coming into the country. (The following day, Israel said it would allow Tlaib to visit her elderly grandmother in the West Bank after Tlaib requested entrance, promising to “respect any restrictions and will not promote boycotts against Israel” during her trip. Tlaib later stated she would not to go “under these oppressive conditions.”)”

Samantha has not lost weight she has always been a petite woman.

As of 2020, Samantha has no public known illness.

Pompeo’s dangerous remarks + the impacts of Trump’s retribution tour and the delay in the post-election transition process.@vausecnn @norm.eisen