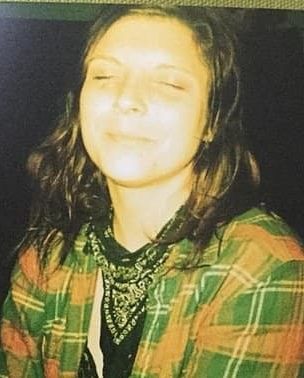 Samantha Shader is an upstate New York woman being charged with allegedly throwing a Molotov cocktail at an NYPD vehicle that was occupied by four police officers on Friday night during a protest in Brooklyn following the death of George Floyd in Minneapolis.

There are no details available about her parents.

Samantha has a younger sister known as Darian Shader who is 21 years old and is also being charged in Brooklyn Criminal Court with resisting arrest and obstruction of governmental administration.

Samantha together with Colinford Mattis, 32, and Urooj Rahman, 31, of Brooklyn was arrested by the FBI. Samantha was charged federally with trying to set off Molotov cocktails against the NYPD on Friday night. Colinford and Rahman are being charged with possession of explosive device components after Rahman had allegedly tossed a Molotov cocktail at an NYPD vehicle before fleeing with Mattis.

She is facing charges of allegedly throwing a Molotov cocktail at an NYPD vehicle that was occupied by four police officers. According to the affidavit filed Saturday in Brooklyn Federal Court, at about 1:12 a.m. Saturday, Shader approached a police vehicle near the corner of Eastern Parkway and Washington Ave. and lit up a bottle containing “an incendiary chemical (sometimes referred to as a ‘Molotov cocktail device’) — while an unidentified male attempts to shield Shader from onlookers.”

The firebomb smashed the windows of the police car. The officers in the vehicle pursued her as she attempted to flee and arrested her.

“Officers in the NYPD vehicle pursued after Shader while she attempted to flee. The same officers then apprehended Shader and placed her under arrest.”

Before the feds took over the case, Shader was charged with attempted murder, attempted arson, weapons possession and reckless endangerment.

Samantha Shader of Catskill, is accused of throwing a molotov cocktail at an NYPD vehicle with four cops inside and could be charged with attempted murder. Her sister was also arrested. They weren’t there for George Floyd, and they DON’T live in Crown Heights. #AntifaTerrorists pic.twitter.com/bObpizxAJY

There is no information to link Samantha to Antifa but some social media uses have claimed that she is part of Antifa – a political protest movement comprising autonomous groups affiliated by their militant opposition to fascism and other forms of extreme right-wing ideology and open use of violence and terrorism to exact their aims.