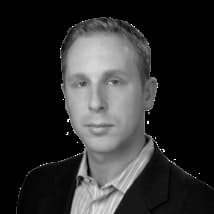 Sam Borden joined ESPN as a writer and broadcast regular in February 2017. He is a senior journalist and worldwide correspondent. He specializes in investigative and forensic stories about sports ranging from international soccer to the NFL, the Olympics, and the NBA.

Borden, a native of Larchmont, New York, graduated from Emory University with a bachelor’s degree in English and Jewish studies and a master’s degree in creative writing from Fairfield University.

He has not disclosed any information about his parents or even their names.

It is not clear to the public about his dating or married life.

He has not revealed whether he has kids or not.

Borden has visited more than 40 countries, and his writing has featured on ESPN.com and formerly in ESPN The Magazine, as well as on E:60, Outside The Lines, SC Featured, and SportsCenter. Prior to joining ESPN, Borden worked for The New York Times as a sports correspondent from 2011 to 2017, covering international soccer and the NFL. He was The Times’ first European reporter during that time, based in Paris from 2013 to 2016.

In addition to that, he covered stories and investigations across Africa and was a member of the team that won multiple honors for its work on the FIFA corruption scandals. He also participated in reporting the 2015 terrorist attacks in Paris and penned many award-winning stories, including a profile of the last man to beat Floyd Mayweather and his descent into poverty in rural Bulgaria. Borden began his media career in 2002 as the New York Daily News’ Yankees beat writer.

Moreover, Borden has also covered the 2018 FIFA World Cup in Russia, the 2019 Women’s World Cup in France, the Yankees-Red Sox games in London, the 2018 Olympics in South Korea, the FIFA presidential election, and various US National Team games for ESPN. He previously worked as a sports columnist for the Florida Times-Union in Jacksonville from 2006 to 2008. Afterward, he went on to The Journal News as a columnist from 2008 to 2011. Borden’s E:60 piece about the Nigerian women’s bobsled squad from the Pyeongchang Olympics received a Gracie Award for best sports feature in 2019, and his story about Russian hooligans was included in the E:60 submission that won an Emmy for best sports anthology in 2018.