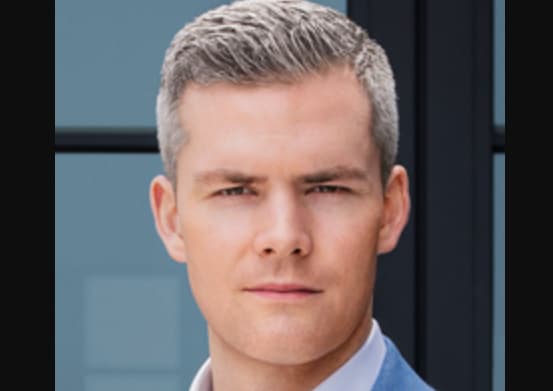 Ryan Matthew Serhant is an American real estate broker, author, and television personality. He currently stars on Bravo’s television series Million Dollar Listing New York and its spin-off Sell it Like Serhant. He is also the CEO and founder of SERHANT,  a New York-based real estate firm.

Ryan attended the Pingree School and also attended  Perry-Mansfield Performing Arts School & Camp in Steamboat Springs, Colorado, where he pursued his interest in theater and arts.  Later, he attended Hamilton College where he double-majored in English literature and theater and was a member of the Delta Kappa Epsilon fraternity.

Serhant is the son of John Serhant and Ellen Servant of New Hampshire. His father was the  Vice Chairman of State Street Global Advisors. Ryan credits his father for teaching him to work hard at a young age. One summer, under his father’s watch, Serhant and his younger brother Jack collected wood for $1.50 an hour which they later sold to neighbors as firewood.

Ryan was brought up alongside his brother Jack Serhant and sister Misty Reich.

He is married to Emilia Bechrakis who is a Greek attorney. Emilia and Ryan met at a Greek Jewish Party in New York. “I met Ryan at a Hannukah party on the upper east side of New York, which was being hosted in a listing of a Greek Jewish developer. I knew the developer and Ryan came to meet him. I saw Ryan and almost fell off my chair. It was love at first sight”. The two started dating later before Ryan eventually decided to propose to her. With the help of the Mayor and 50 NYPD officers, Ryan sealed off Times Square for an hour to propose to Emilia. The two got married on 7th July 2016 in a beautiful wedding ceremony held in Corfu, Greece in Pantokrator on Pontikonisi,  an 11th century Byzantine Church followed by a reception at Villa Sylva, the historic villa overlooking Pontikonisi. This venue was also featured in the James Bond film ‘For Your Eyes Only’. Ryan and Emilia decided to hire Kevin Lee as their wedding planner. Lee is the celebrity wedding planner who planned Brad Pitt’s weddings and estimated the wedding to cost $1 million.

The couple welcomed their first child named Zena on February 26, 2019.It was a happy occasion for them. Ryan revealed that it took a long time for the couple to get pregnant. He detailed the couple’s struggles and joys on an Instagram photo posted on 3rd March 2019;

“Your momma and I have waited almost 3 years to meet you. We had no idea how difficult getting pregnant with you was going to be…the fact that we were pregnant – as beautiful as it was – was almost too good to be true…We love you now and forever, our new, beautiful, little puff.” He also detailed that the couple got pregnant through IVF, and it wasn’t an easy journey.

Serhant ventured into the New York real estate market in 2008. He initially earned his real estate license as a means of supporting himself while auditioning for acting roles in lieu of bartending. During his first year, he worked to solicit new real estate business in creative ways, including distributing flyers which declared himself the number one broker in New York City and approaching shoppers well-endowed with purchases on the streets of NYC He earned just $9,000 during the first year. After a year-long pursuit, he closed his first major sale of $8.5 million. By 2012, The Real Deal had ranked Serhant 15th out of the 100 most successful agents in New York.

In 2008, Serhant became executive vice president and managing director of Nest Seekers International. In 2012, he launched his bi-coastal brokerage team, the Serhant Team, which consists of over 60 people in New York City, New Jersey, Los Angeles, Miami, and the Hamptons. His team specializes in high-end residential condo and co-op sales, homes, and new development sales.

Serhant and his team have implemented creative strategies to close deals. Their past strategies have included hiring a marching band to showcase the effectiveness of an apartments’ double-pane windows, staging a magic show and coining a new NYC neighborhood – SoHY, and throwing an 80’s themed party complete with a DeLorean parked outside to enhance the nostalgia of a home’s decor.[21] As a closing gift following a $17 million condo sale on the Upper East Side, Serhant once had a custom wooden dollhouse worth $2,000 made for the client’s nine-year-old daughter. Serhant Team deals include the sale of Ellie Tahari’s Astor Place property for $15.5 million,over 100 units at 550 Vanderbilt, and a $30 million sale at 152 Elizabeth Street to a venture capitalist at Benchmark Capital.

Serhant’s team has set price-per-square-foot sales records across Manhattan, Brooklyn and Long Island City and have a list-to-sale ratio of 94.5%. In 2017, his team closed $838 million in total Manhattan real estate deals.

On August 15, 2019, Ryan Serhant launched Sell It Like Serhant: The Course, a real estate sales course that sold over $100,000 a day at launch. Since then, the course became the #1 bestselling real estate course of all time and has grown to over 4,000 members in 83 countries.

In 2010, Serhant auditioned for the Million Dollar Listing New York (MDLNY) reality show and was cast as one of three real estate agents featured on the show. The first episode of MDLNY aired on Bravo on March 7, 2012, and followed agents Ryan Serhant, Fredrik Eklund, and Michael Lorber across some of New York’s most exclusive real estate deals. Because the show is not scripted or staged, sales on the show are not always finalized, making for a real-world television experience.

Since his debut on Million Dollar Listing, Serhant has also appeared on Inside Amy Schumer, and in 2014, Serhant made his film debut, co-starring in Noah Baumbach’s 2014 film, While We’re Young. In 2017, Serhant produced and launched the Bravo television show Sell It Like Serhant, a spin-off of MDLNY in which he coaches under-performing salespeople, helping them improve their sales skills. He is known for recommending improvisation classes to new sales associates to get them up-to-speed quickly.

On September 18, 2018, the week of his 10-year anniversary in real estate, Serhant debuted his first book, Sell It Like Serhant: How to Sell More, Earn More, and Become the Ultimate Sales Machine, which became a best-seller on the New York Times, Wall Street Journal, and Los Angeles Times book lists. In 2020, he announced his second book, Big Money Energy.

His annual salary is not disclosed.

Ryan has an estimated net worth of $20 million.