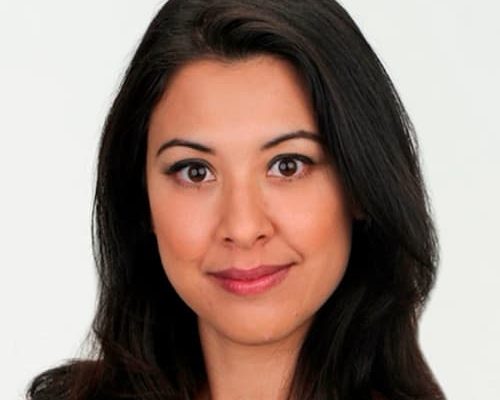 Lana Zak is an American media personality serving as CBS News anchor. She previously worked at ABC News for 14 years in different capacities as a producer, reporter and political correspondent.

Her actual height is unknown.

Lana has duo-nationality; she is Korean and American.

She is of mixed ethnicity Korean-Caucasian.

She holds a bachelor of arts degree in political science and journalism. IN 2003 she earned a Master of public policy, international security and political economy from Harvard University.

Lana has not revealed much about her family.

Zak is married to Seth Andrew since August 21, 2004. The couple met in Chicago, at a summer debate program at Northwestern University. At the time, they were about to join senior year of high school – Andrew at The Bronx High School of Science and Zak at Bettendorf High School in Iowa – and both were officers of their school debate team. They had one face-to-face debate, on America’s China policy, and Zak won. The couple stayed in touch and that May Andrew won $1,000 in a debate competition and then flew to Iowa to take Zak to her senior prom.

Their long distance relationship continued through the University and when Zak won a Fulbright scholarship to South Korea, Andrew followed for what was to be a two-week visit. He stayed for eight months. And while on a trip to Ulleungdo off the eastern Korean coast, the ancestral island home of Zak’s mother’s family, they became engaged.

Seth is a serial social entrepreneur and CEO who leads Democracy Builders. He is part of the founding team of degrees of freedom and is a founder and CEO of Democracy Builders. He has served as a Senior Advisor at Johns Hopkins University, Adjunct faculty at Harvard, Global Director at Bridge International Academies, and an independent consultant on education and civic technology projects for dozens of universities, school systems, and companies serving tens of millions of students.

He worked at the White House, during the Obama administration, as Senior Advisor in the Executive Office of the President and for Secretary of Education Arne Duncan where he led the Education and Civic Technology portfolios. He launched Vote.gov, Computer Science for All, Next Generation High Schools, and #FutureReady among other signature White House initiatives.

Prior to joining the White House, he founded and served as a teacher, principal, and superintendent of Democracy Prep, a network of 25+ public charter schools in Harlem, The Bronx, Camden, Baton Rouge, Las Vegas, & San Antonio. He began his career as a special education teacher in South Korea and Massachusetts.

Lana and her husband have three children together.

Lana joined CBS News in January 2020 where she serves as an anchor. Prior to joining CBS News, she worked at ABC News for 14 years as a reporter, correspondent and producer. She began as an anchor producer for Diane Sawyer, rising to the position of Coordinating Producer for ABC News Special Units. While producing for Bob Woodruff, she became the first female to climb the barrels of the George Washington Bridge, the world’s busiest bridge, connecting New York and New Jersey.

She served as a multi-platform correspondent across ABC appearing on World News Tonight, Good Morning America, ABC radio, affiliate and digital platforms.  In August 2016 she became a Government and Politics Correspondent and was a member of the White House and Capitol Press Corps.

She began her career as an associate director of policy for the City of Providence. She later joined Columbia University as a communication officer.