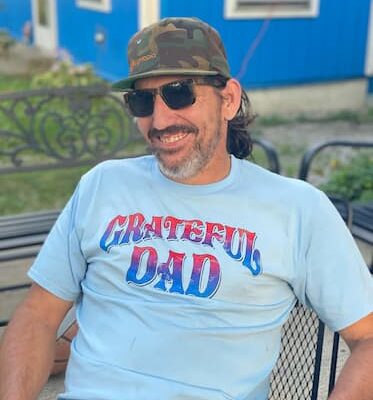 Robert Prothero is an American carpenter and television personality. He appears on HGTV’s Rehab Addict as a carpenter alongside Nicole Curtis.

He celebrates his birthday on September 3.

He is the son of Bob and Sue Prothero. There is no public information on whether he has any siblings or not.

He is married to Karin Prothero. The couple got married in 2012 but have been together since 2007.

Rob and Karin have three children together Tessa Marie Prothero, Marley Prothero and Jay Prothero. Tessa died in June 2017 due to Neuroblastoma.

Tessa died of cancer in June 2017. She was diagnosed with Neuroblastoma in kindergarten. After her death a special bench was installed and dedicated in her memory at Oxford Towers Park, 2222 Harvard Road.

The family has a nonprofit organization known as Love, Team Tessa, which raises funds for pediatric cancer research and families that have children who are currently in treatment. The organisation was inspired by people’s kindness. The family said that ‘after numerous transfusions and treatments, meals magically appeared in our refrigerator, the yard mowed, the house cleaned. We were sent on dream trips. Hundreds of strangers donated thousands to help with medical costs. Our daughter heard from celebrities and her idols. A flash mob of 300 danced on our lawn for Tessa’s 9th birthday, her last.

These acts of kindness helped us in so many ways, big and small. Mostly, they enabled and encouraged us to enjoy every second with Tessa, to dwell in hope rather than worry and fear.

That’s why we formed Love, Team Tessa- to help shoulder some of the burden when families need it most- and to help find a cure. Only 4 percent of federal government cancer research funding goes toward childhood cancer. Raising more money to end childhood cancer and helping families along the way is the best possible tribute we could imagine for Tessa.”

Robert is a carpenter who has more than 15 years experience in the construction industry. He have been honored to work in colorado on two big projects one being the Grand mountain bank of grandy Co and the Tabernash tavern. He helped design parts and completed from framing to finish.

He has also built a couple of mountain-style houses that he did just framing. He now works as the lead carpenter for a great company that deals with insurance work. He handles all problems, deal with homeowners and subcontractors.

Robert appears on HGTV’s Rehab addict alongside Nicole Curtis as a carpenter. In the show, Nicole tries to save historic houses.