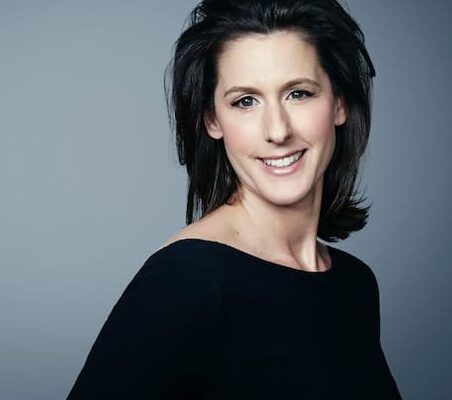 She graduated from the University of Colorado with a Bachelor’s degree in Broadcast Journalism.

Allison is not married but she was previously married to Billy Hult. They filed for divorce in 2015 and the divorce was finalized in 2017.

Billy Hunt is the President of Tradeweb Markets and also serves on the board of directors. He was appointed President in 2008 after joining Tradeweb in 2000 as a product manager where he oversaw the creation of a platform for institutional electronic trading in the To-Be-Announced (TBA) mortgage securities market, which enhanced liquidity from borrowers to issuers and investors. Today, the TBA market is predominantly electronic and Tradeweb is the leading marketplace for that trading. He was named to Institutional Investor’s annual Trading Tech 40 for five consecutive years.

Allison has two children Olivia and Ava from her marriage to Billy Hunt.

Gollust has not publicly revealed her religious beliefs.

Allison is CNN’s executive vice president and chief marketing officer. She joined CNN in March 203and Zucker said at the time, “As we put even greater emphasis in the year ahead on re-imagining our content, and in parallel, our brand, this is a key move in assuring our success.

Allison has a keen understanding of how every aspect of communications works together to tell a story – be it on the public relations side or in strategic marketing. Combining these two areas under one proven leader simply makes sense.”

Prior to joining CNN, she served as executive vice president of corporate communications at NBCUniversal, where she oversaw all aspects of the company’s global communications efforts. She joined NBC in 1996 in the Corporate Communications group and was promoted to senior publicist for Today in 1997. With successive promotions, Gollustadded responsibility for communications efforts supporting NBC News, MSNBC, CNBC and the Weather Channel, and signature programs including NBC Nightly News, Dateline and Meet the Press. She began her career as a news anchor, reporter and producer in Denver.

Allison is in a relationship with Jeff Zucker. The two have worked together for more than 2 decades The two began working together at NBC in 1998 where they rose through the ranks together. After Jeff joined CNN, Allison was among his first hires.

On February 2, 2022, Jeff announced his resignation from CNN for not revealing his consensual relationship with a colleague, he did not mention who the colleague was but it is Allison. As part of the resignation he said, “As part of the investigation into Chris Cuomo’s tenure at CNN, I was asked about a consensual relationship with my closest colleague, someone I have worked with for more than 20 years. I acknowledged the relationship evolved in recent years. I was required to disclose it when it began but I didn’t. I was wrong. As a result, I am resigning today.”

Allison later released a statement where she revealed the two had been close friends and professional partners for over 20 years but their relationship changed during COVID.

“Jeff and I have been close friends and professional partners for over 20 years. Recently, our relationship changed during COVID. I regret that we didn’t disclose it at the right time. I’m incredibly proud of my time at CNN and look forward to continuing the great work we do everyday.”

According to DailyMail.com an insider revealed that the two were lying about the relationship only evolving in ‘COVID’ as their romance was an ‘open secret’ at CNN.

“Jeff’s affair with Allison has been going on forever – not since COVID! Everyone has known it but he still denied it. It was part of the reason for his divorce, but not the only reason. It was inevitable that it would come out – he should have been up front sooner.” An insider told DailyMail.com.

Katie Couric in her 2021 memoir ‘Going There’, she recalled how Zucker pressed her to hire Gollust to handle publicity on her short-lived syndicated show “Katie” (2012-14). “I had to wonder why Jeff was angling so hard to bring Allison on board. She and her husband and kids had moved into the apartment right above Jeff and Caryn’s—everyone who heard about their cozy arrangement thought it was super strange,” Couric wrote. “By that point, Caryn (Zucker’s ex-wife) had become a close friend and it made me really uncomfortable.”

These excerpts on Jeff Zucker and his mistress from Katie Couric’s book last year 👀👀👀👀 pic.twitter.com/6wntd52IIA

Several former CNN employees have suggested that Zucker and Allison have been in a consensual relationship for some time.

Soledad O’Brien, a former CNN anchor, tweeted to Gollust’s statement, “I encourage you to google the two parties and read the details about their relationship that dates back years. That said, I’m sure company emails can easily determine if she’s lying in this statement. Again—It was an open secret and I haven’t even worked there for like 8 years.”

Roland Martin, former CNN correspondent tweeted, “It was an open secret at @CNN that Jeff Zucker and Allison Gollust, who he hired as head of communications, were having an affair.was only there with them for four months in 2013 and knew. NBC folks knew when they worked together there. @katiecouric intimated that in her book!”

Allison worked as Andrew Cuomo’s communications director in 2012. In a statement in October 2012 Cuomo described her as “a consummate professional who has a wealth of experience in communications and management.” He added that “Her extraordinary work ethic, intellect, and dedication will be essential to this position, and I look forward to working with her.”

On February 15, 2022 Allison resigned as the Chief Marketing Officer for CNN. Jason Kilar, the CEO of WarnerMedia announced Allison’s resignation in a memo to staff on Tuesday evening.

The note read, “Earlier today, Allison Gollust resigned from CNN following the conclusion of the Company’s investigation into issues associated with Chris Cuomo and former Governor Andrew Cuomo. Based on interviews of more than 40 individuals and a review of over 100,000 texts and emails, the investigation found violations of Company policies, including CNN’s News Standards and Practices, by Jeff Zucker, Allison Gollust and Chris Cuomo.”

Allison also released a statement  calling the WarnerMedia’s statement “an attempt to retaliate against me and change the media narrative in the wake of their disastrous handling of the last two weeks.”

“It is deeply disappointing that after spending the past nine years defending and upholding CNN’s highest standards of journalistic integrity, I would be treated this way as I leave but I do so with my head held high, knowing that I gave my heart and soul to working with the finest journalists in the world.”

Her actual salary as  CNN’s executive vice president and chief marketing officer is estimated to be $700,000 annually.