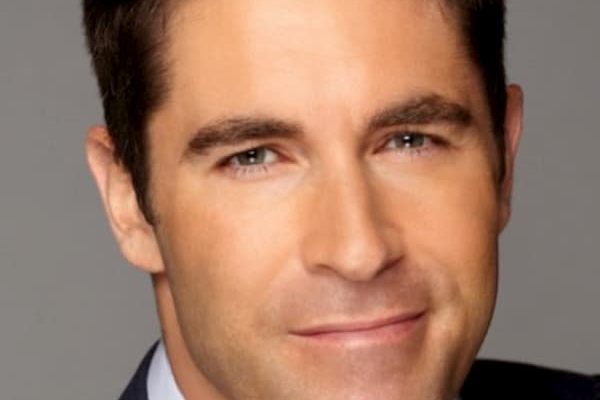 Rob Schmitt is an American media personality serving as a prime-time host on Newsmax TV.  He is the host of ‘Rob Schmitt Tonight’. He previously anchored the “Fox & Friends First” morning show and was a co-anchor for Fox Nation.

He graduated with a B.A. from Indiana University Ernie Pyle School of Journalism.

He is the son of Farzaneh (mother) and Robert Schmitt (father). His mother’s family immigrated from Iran in the early 1970s. His parents met in Cincinnati and got married in 1976.

As of 2020 Rob’s marital status is unknown as he keeps his personal life private.

Schmitt joined FOX News Channel’s (FNC) in June 2016 where she served as co-host of FOX & Friends First (weekdays 5-6 AM/ET) alongside Jillian Mele. He was also a co-anchor for Fox Nation. He also served as a general assignment reporter and a guest anchor across FNC’s weekend programming. He left FNC in August 2020 to join Newsmax.

He began his career in journalism in 2008 as a weekend anchor at the ABC affiliate WPLG-TV in Miami, Florida. In 2011 he moved to California where he worked as an anchor and reporter at CBS Los Angeles. In 2013 she moved to New York City where she joined WNBC-TV as the anchor for the weekend as well as the noon weekday show. He was also a contributor for the evening programs as well.

In September 2020 Rob joined Newsmax TV as a prime-time host during weeknights.

Schmitt said, “I’m extremely excited to join Newsmax, an independent news network on a strong growth trajectory, at this incredibly important time. News has never mattered more. This coming election will certainly be the most important in my lifetime.”

Christopher Ruddy, Newsmax Media CEO, said, “Rob has the kind of journalistic credentials and positive reputation we look for here at Newsmax and our viewers will be well-served by his honest reporting.”

Schmitt enjoys golfing and even worked at a golf club in high school. He learned to play golf alongside his father at the Brookshire Golf Club in Carmel. In 2018 he participated in the Ray Pfeifer Foundation Golf Classic alongside Jillian Mele. The annual event raises money to help September 11th first responders, firefighters and police pay for medical expenses that aren’t covered by insurance.

“Obviously, I’m not a doctor but I’ve always thought about vaccines, and I always think about just nature and the way everything works, and I feel like a vaccination in a weird way is just generally kind of going against nature. Like, I mean, if there is some disease out there, maybe there’s just an ebb and flow to life where something’s supposed to wipe out a certain amount of people, and that’s just kind of the way evolution goes.”

Newsmax host suggests vaccines are “against nature,” and some diseases are “supposed to wipe out a certain amount of people”https://t.co/g1sIdQ949b pic.twitter.com/TgQNFLKAav

Newsmax spokesperson released a statement saying that Rob’s views do not represent the views of the network.

Newsmax as a network strongly supports President Biden’s efforts to widely distribute the COVID vaccine. It is important for the safety of all and especially those at high risk, such as the elderly. Medical professionals who have appeared on Newsmax have strongly encouraged Americans to get the vaccine. From time to time, a guest or host may not be as supportive of these efforts. However, they do not reflect the position of Newsmax.”

His actual net worth is unknown but it is estimated to be between $1 million – $5 million.