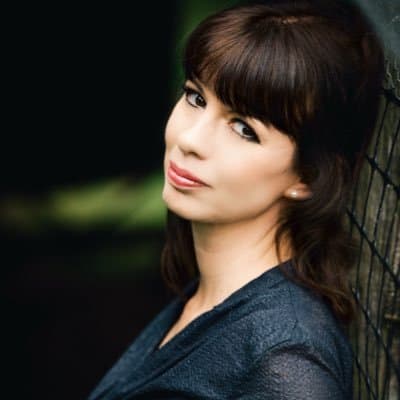 Elizabeth Rizzini is an English media personality serving as a weather reporter and anchor for BBC London. She previously served as a meteorologist with Met Office.

Her age is unknown but she celebrates her birthday on November 19.

haha. My husband is Italian. He doesnt need much impressing!
have a good time!

She is a mother of two kids. Her youngest daughter was born in 2014.

Elizabeth is a weather presenter for BBC London alongside Wendy Hurrell and Kate Kinsella. She is in charge of all the morning and lunchtime weather for BBC South East Today (which covers Kent, Sussex and Surrey) and Look East (East Anglia).

Elizabeth is in a relationship with Frank Gardner who is also a journalist and serves as the BBC’s Security Correspondent. Gardner told the DailyMail UK that the couple first met in the lift at work.

“I’d always admired how she was on camera and the way she presents the weather in such an engaging way. She is a wonderful company; it’s almost like having a first girlfriend. Even after all my Middle Eastern travels, a simple holiday in Greece with her recently seemed refreshingly adventurous.”

While Frank was filming with government minders and BBC cameraman Simon Cumbers in the Saudi capital Riyadh in June 2004 they were ambushed by a group of Al Qaeda gunmen. He was shot six times at point-blank range and left for dead. Simon was killed.

“For 48 hours, my life hung in the balance. To say I was lucky to survive is an understatement. I owe my life to surgeon Peter Bautz, a laconic South African who had run a trauma team in Cape Town before moving to Saudi Arabia.

Going against conventional practice at the time, he forwent any unnecessary invasive surgery for the first 48 hours while I hovered, unconscious, between life and death, concentrating instead on stemming the internal bleeding and trying to stabilise his critically ill patient.

Some of the bullets had sliced through the nerves connecting my spinal cord to my legs, leaving me paralysed from the thighs down. After three weeks, I was airlifted back to the Royal London Hospital, where I spent the next four months.

Eventually, and with the support of my family, I went back to my job as the BBC’s Security Correspondent.”

In November 2011 he was elected honorary president of the Ski Club of Great Britain. He also serves as a Patron of Disability Snowsport UK (DSUK).

Rizzini participates in marathons, in September 2015 she ran the Great North Run to aid “Save The Children” group. She was also part of the 2016 Virgin Money London Marathon Media Presenters group.