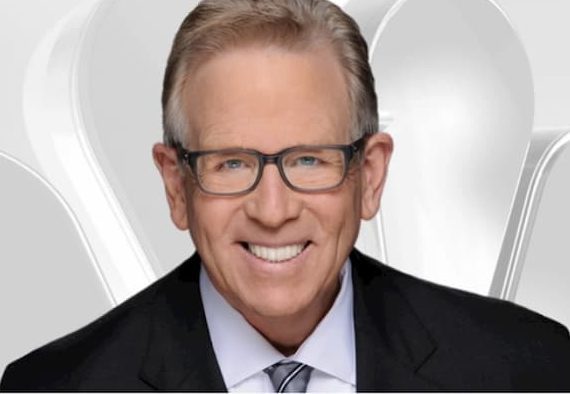 Dick Johnson (birth name; Richard S. Johnson) was an American journalist who served as a longtime NBC 5 (WMAQ-TV in Chicago) co-anchor and reporter. He died on June 9, 2020.

He attended New Canaan High School and later joined Trondheim Katadralskole as an exchange student. He had a Bachelor’s degree in Political Science and Government from DePauw University.

He is survived by his wife, three children and two grandchildren.

Johnson joined NBC Chicago (NBC 5) in October 2002 as a co-anchor of NBC 5 News Today from Studio 5, Chicago’s first street-side studio. At the time of his death, he co-anchored NBC 5’s weekend evening newscasts and reported for the weekday 10 p.m. news.

Earlier on his career, he was on board Air Force Two with then-Vice President George H.W. Bush during the assassination attempt on President Ronald Reagan. He covered the return of the Iranian hostages at West Point, Ryan White’s courageous struggle with AIDS, the famine in Ethiopia, the battle to build Comiskey Park and the United Center, and the struggle over Chicago school reform.

He also broke the story of the Great Loop Flood, covered the rape trial of boxer Mike Tyson and uncovered the Chicago connection in the murder spree of Andrew Cunanan.

Dick’s death was confirmed through Twitter by his NBC Chicago colleague, Carol Martin.

NBC5’s Dick Johnson was the best kind of newsman. Smart, thorough, nimble when deadlines were crashing around him. No cliches. Just facts, fairness, and great writing. And he was funny! What a loss to all who knew him. But especially to his loving family.#DickJohnson

Dick Johnson Cause of Death

His cause of death has not been made public according to his family he was being treated at a hospital in northern Michigan the last several days for complications related.

In April 2020 Johnson told The Daily Herald that his doctors advised him to “retreat to a less populated area.”

“We’re fortunate to have a house in northern Michigan. Thankfully, the incidence of coronavirus has been in the single digits here. It was the right call. Despite NBC 5 implementing extraordinary safety protocols, I’m not sure when my doctors will give me the all clear. I’m very much looking forward to returning to work and whatever the new normal might be.”