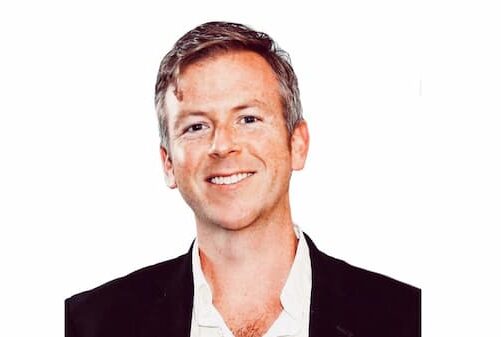 Peter Hamby is an American media personality serving as the host of Good Luck America at Snapchat and the founding partner of Puck. He is a former contributing writer for Vanity Fair and a national political reporter for CNN.

Hamby is an American national.

He attended Douglas S. Freeman High School and later joined Georgetown University where he graduated in 2003 with a bachelor’s degree in English. He received a master’s degree in journalism from New York University in 2004.

Hamby also studied at the University of Cape Town in South Africa and was a Spring 2013 fellow at the Joan Shorenstein Center on the Press, Politics and Public Policy at Harvard University’s Kennedy School of Government, where he authored a widely-circulated study on the impact of Twitter on media behavior and campaign press strategy.

He is the son of Bill Hamby and Tressa Hamby. His parents both worked in local news in Washington. Bill was a producer while Tressa as an award-winning film editor and producer. They moved to Richmond in 1987, when Peter was 7, after Siddall Matus & Coughter, the advertising and public relations firm, closed its Washington office and moved its headquarters here. Bill started its PR branch and but has now retired and doing some freelance travel writing; Tressa Hamby works at St. Christopher’s School.

He has two younger siblings, Patrick and Michael. His youngest brother, Michael served as a Peace Corps volunteer in Thailand. Patrick died in a car crash in 2002 when he was a 19-year-old college student.

Peter has managed to keep his personal life private. It is not known whether is married but he has severally mentioned he has a girlfriend. Her name is however unknown.

Peter is a former CNN Digital national political reporter. He joined CNN in 2005 as a founding producer for The Situation Room with Wolf Blitzer. He spent two years as a producer and researcher for the show, contributing to the network’s award-winning coverage of stories including Hurricane Katrina, the Israel-Hezbollah conflict, and the 2006 midterm elections.

In 2008, during the election period, he was assigned to the planes and buses as an “embed” for CNN, backing up the guys on TV in Washington and New York. He spent time covering Hillary Clinton and Mitt Romney, and he ultimately rode along with John McCain and Sarah Palin.

In July 2007 he was named as a national political reporter for CNN Digital, becoming the network’s second digital-first correspondent. His role included in-depth articles and analysis for CNN.com as well as a political video franchise and online destination, will be integrated across all CNN Digital platforms and CNN TV.

During his tenure, he contributed to CNN’s Emmy Award-winning election coverage throughout America’s Choice 2012, traveling to many of the battleground states as CNN’s reporter-at-large with a focus on the Republican primary contest and Mitt Romney’s campaign. In that role, he broke a number of major political stories, including the news that Gov. Rick Perry would drop out of the race as well as Florida’s decision to move their 2012 primary date and up-end the Republican nominating calendar.

He is a founding partner and author at Puck. Puck is a “subscription media company covering power, money, and ego, focusing on the inside story at the nexus of Hollywood, Wall Street, Washington, and Silicon Valley. We offer readers unprecedented access to elite journalists through articles, podcasts, newsletters, conference calls, and more.”