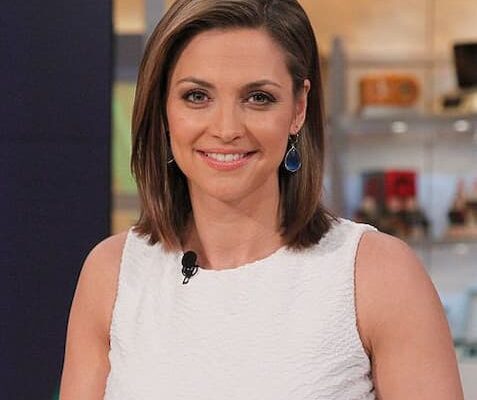 Paula Faris is an American journalist and former ABC News television correspondent. She is best known for co-hosting The View from 2015 to 2018 and serving as co-anchor of Good Morning America Weekend from 2014 to 2018. Faris previously co-hosted World News Now and America This Morning.

She stands at height of 5 feet 4 inches tall.

She is of half Lebanese descent.

Jackson Christian School was her dream school. She earned a bachelor’s degree in broadcasting from Cedarville University in 1997, with a focus on television production.

She is a beloved daughter of Edward Faris and Carol Faris. Her paternal grandparents were born in Lebanon.

She is happily married to John Krueger since 2000.

Faris joined ABC News as a senior national correspondent in September 2018. Faris worked an operations position at Mills/James Productions in Columbus, Ohio. She finally got work at WKEF/WRGT as a production assistant for a year, then as a reporter and anchor on occasion. She worked for WCPO-TV in Cincinnati from 2002 to 2005 as a weekend and weekday sports anchor.

Additionally, from November 2005 to December 2011, she worked as a sports reporter and anchor for NBC affiliate WMAQ-TV in Chicago after her contract expired. On January 2, 2012, she made her ABC News debut on World News Now and America This Morning.

Moreover, she was a correspondent and a fill-in on Good Morning America on a few occasions. Faris was eventually upgraded to a correspondent for all ABC News programs stationed in New York. Her final World News Now and America This Morning episode aired on January 22, 2013.

Following the departure of Bianna Golodryga, who went to Yahoo! News, Faris made her debut as co-anchor of Good Morning America Weekend on August 9, 2014. Faris was named as a co-host for Season 19 of The View on August 25, 2015. On August 3, 2016, it was reported that Faris’ contract had been renewed for a twenty-first season. Her contract as a co-host for Season 21 was also renewed. During the 20th and 21st seasons of the show, Faris primarily appeared on Friday episodes.

Along with that on  July 18, 2018, ABC announced that Faris would be leaving both Good Morning America Weekend and The View in order to take on a new role at ABC News. She also went  to launch a podcast about faith produced by the network . On July 20, she made her final appearance as co-host of The View, and on September 29, she broadcast her final program as co-anchor of Good Morning America Weekend.

She earns a salary of approximately $90,000 annually.

She has amassed a networth of approximately $ 3 million dollars.