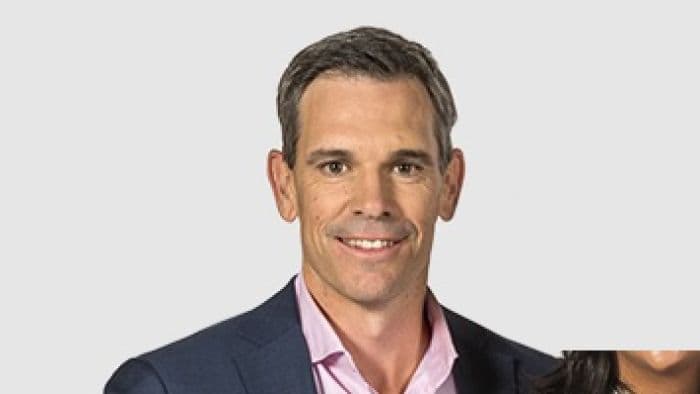 Paul Kennedy is a veteran journalist who has worked as a reporter, author, and broadcaster He has presented sport on ABC News Breakfast and has worked in news and current affairs for three television networks.

He is the son of Michael Thomas Kennedy who was born in Sydney, NSW., and Joan Elizabeth Hankinson. His parents were both born in 1947. Joan was born in Chelsea, Victoria. She was so cute that she won first prize in a baby competition.

Pauls’s maternal grandparents are Norm, who was an electrician who had fought in World War II, and Grace, who was a housewife and organist at the local church, St Aidan’s.

Pauls’s mum joined the Navy so she could leave home and got posted to spectacular Sydney in 1966. Pauls’s paternal grandparents are Jack, who was a cane furniture maker and had served with a medical unit in the war, and Eileen.

His parents met in a rugby dance and they fell in love. His parents courted for two years before getting married back in Carrum, at St Aidan’s where the bride’s mother played the organ. His mum was diagnosed with Parkinson’s a few years ago as told by Paul on abc.net.au

He has an elder sister Joanne Elizabeth Kennedy born in Liverpool Hospital, 1972. He also has a little sister Katherine Anne (Kate). They were both born in Seymour Hospital because Dad had joined the Army and was based at Puckapunyal.

Paul is happily married to his beautiful wife Kim Kennedy. They live on the eastern shore of Port Phillip.

He is a beloved father to three sons Jack, Gus, and Leo.

Kennedy began his media career as a copy boy for The Herald and Weekly Times in 1994, before going on to Network Ten and the Nine Network as a news reporter.

Paul is best recognized for his work as a sports presenter on ABC Television’s long-running breakfast show News Breakfast, which he has hosted since its beginning in 2008 and will continue to do so until 2021.

Kennedy left News Breakfast in July 2021 to become a senior sports reporter for all ABC News programs and platforms and was replaced by Tony Armstrong.

Kennedy has played Australian rules football with the Dandenong Stingrays in the TAC Cup, the Frankston Dolphins in the Victorian Football League, and the Fitzroy Lions reserve grade in the AFL.
More so, Paul has served as a player coach for the QAFL’s Morningside and Mount Gravatt Football Clubs, as well as the Seaford Football Club.
Kennedy’s stint at Seaford inspired him to develop and shoot Drug Game. This is  a short film on drug-related issues that players and club administrators had to deal with. When he took over as senior coach in 2003, the film was a finalist at the Melbourne International Film Festival.  Kennedy has since been credited with helping reestablish Seaford as a formidable club, by fostering a family-oriented attitude at the club.

In addition to that, he has also worked as a coach for the Mornington Peninsula Nepean Football League and Sandringham Football Club. President Peter Geddes revealed two new No.1 ticket holders at the Frankston Football Club’s season kickoff in 2020: Paul Kennedy from ABC News Breakfast and Sharni Layton from Fox Footy.

He is said to be having a serious sickness that is not yet revealed to the public.

His current networth is between $1 million and $5 million.