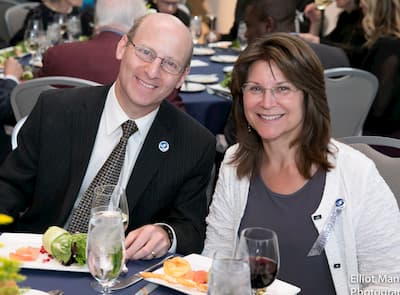 Patrice Michaels (formerly: Patrice Michaels Bedi) is a soprano and composer serving as director of vocal studies at The University of Chicago. She is the wife of James Steven Ginsburg, the son of the late associate justice of the Supreme Court of the United States, Ruth Bader Ginsburg.

She has a BA in Music and Theater from Pomona College, an MFA in Voice from the University of Minnesota, Twin Cities, and a certificate from the Music Theatre Studio Ensemble at The Banff Centre.

Patrice is married to James Ginsburg, an American music producer who is the founder and president of Cedille Records, a classical label. He is the son of Ruth Bader Ginsburg.

Jim first met Michaels in the fall of 1991 at a recital with the Rembrandt Chamber. At the time Jim planned to record Rembrandt’s “20th-Century Baroque” program. He was impressed with Michaels and they entered into a partnership, an artist and label. “I got to spend more time with Patrice,” he says. “She was all poise and knowledge. I knew right away that I wanted to showcase her on my label, so I proposed some sort of recital album of songs to be chosen by her.”

Patrice has two children Harjinder Bedi and Satinder Bedi from her first marriage.

Michaels is the daughter in law of Ruth Ginsburg. She composed an album with pianist Kuang-Hao Huang known as Notorious RBG in Song as a way to honour her. Michaels channels her talents as composer and singer on the album, distilling the Justice’s legal opinions, letters, and lectures with deft sensitivity, creating “an engrossing, episodic portrait of the legal thinker, wife, mother and feminist icon” (WQXR).

During an interview with Cedille, she revealed how the idea of the album came up;

“I was asked to write one simple song as a birthday present for Justice Ruth Bader Ginsburg, who is my very own beloved mother-in-law. The text I was given opened the door to the idea that I could create a musical portrait of her, so, with her permission, I began the wonderful odyssey that wound from her papers in the Library of Congress, through interviews with her family and friends, and culminated in an assemblage of nine texts set to music in my own jazz-meets-classical style. Along the way, I learned songs and an aria about RBG by other composers, and a whole lot more about my husband’s family. The recorded outcome of this journey, Notorious RBG in Song, integrates my composing and singing musicianship completely. On so many levels this is a deeply personal CD.”

She has recorded eight acclaimed CDs for Cedille Records. Her recordings include also J.S. Bach’s St. Matthew Passion (BWV 244) with Sir Georg Solti and the Chicago Symphony for London Records, Mozart’s Requiem on the Amadis label, and Mozart’s C minor Mass with Chicago’s Music of the Baroque.