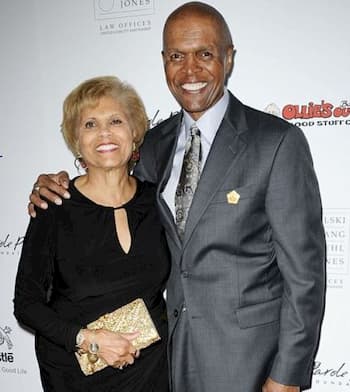 Ardythe Bullard is the wife of the late former professional American football player Gale Sayers. Gale played running back for the Chicago Bears and was the youngest to join the Pro Football Hall of Fame. He died on September 23, 2020 due to complications of dementia and Alzheimer’s disease.

Bullard’s age is unknown but her husband Gale Sayers was 77 years old at the time of his death.

Gayle married Ardythe on December 1, 1973 after divorcing his first Linda McNeil the same year. Ardythe and Sayers were prominent philanthropists supporting many causes close to their hearts.

Who was Gayle Sayers

Gayle was a former professional American football player who was nicknamed the “Kansas Comet” because of his amazing speed. After a successful career at the University of Kansas, he was a first-round draft pick by the Chicago Bears in 1965. He played seven seasons for the Bears before retiring. In 1977 he was inducted into the Pro Football Hall of Fame becoming the youngest to join he Pro Football Hall of Fame.

After retiring due to a knee injury he returned to the University of Kansas in 1973 to complete his undergraduate studies in Physical Education and work as assistant athletic director. He also took over assistant director duties for the athletic department’s Williams Education Fund, remaining at the school long enough to earn a master’s degree in Educational Administration.

He later founded a computer supply company that expanded into a technology consulting and implementation firm. He was a philanthropist who was an active supporter of organizations such as he Boys & Girls Clubs of America, the Boy Scouts of America and the American Cancer Society. In 2007 he founded the Gale Sayers Foundation, with the aim of providing educational opportunities for underprivileged students.

Gayle was diagnosed with dementia in 2014. In 2019 Ardie had revealed that Gale was struggling to move and speak. According to ABC Chicago, in January 2014 he sued the NFL over concussions stating in a lawsuit that he suffered from “loss of memory, dementia, Alzheimer’s, neurological disorder, depression, sleep problems and irritability.”

“All those who love the game of football mourn the loss of one of the greatest to ever play this game with the passing of Chicago Bears legend Gale Sayers. He was the very essence of a team player — quiet, unassuming and always ready to compliment a teammate for a key block. Gale was an extraordinary man who overcame a great deal of adversity during his NFL career and life.”

Gayle Sayers Cause of Death

According to his stepson Guy Bullard, he died of complications of dementia and Alzheimer’s disease.