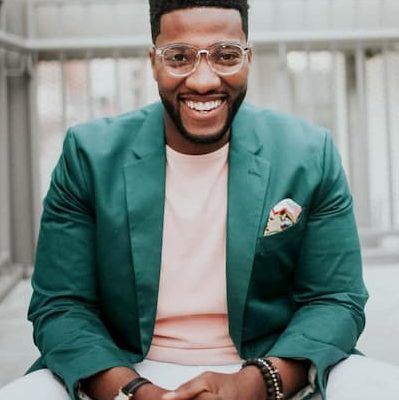 Pastor Michael Todd is an American pastor and author, serving as the Lead Pastor at the Transformation Church located in Tulsa, Oklahoma.

Michael was born on November 16, 1986 in Oklahoma, United States.

There is no public information on where Michael attended school or his level of education.

Michael is the son of Tommy Ray Todd. He has three siblings Grabriel Todd and Brentom Todd. The name of his other brother is unknown.

Pastor Michael is married to his wife Natalie Todd on June 20, 2010. Natalie serves as a co-pastor at Transformation Church.

Michael together with his wife are parents to three children; two daughters namely Isabella Todd and Ava Rae, and a son named Michael Alexander Todd Jr.

Michael is the lead pastor of Transformation Church based in Tulsa, Oklahoma. He was appointed as senior pastor by Bishop Gary McIntosh on February 2015. His wife Natalie is the co-lead pastor at the Church.

According to the church’s website, ” Their personal philosophy and driving passion is re-presenting God to the lost and found for transformation in Christ. They aspire to reach their community, city and world with the gospel presented in a relevant and progressive way.”

Transformation Church was founded by Gary McIntosh and his wife Debbie. It is Transformation Church, is a dynamic, multi-ethnic, multi-cultural, non-denominational inner-city ministry in Tulsa, Oklahoma. They served the church for 17 years before they appointed Pastor Todd Michael.

During an interview with Daystar he revealed how he got into ministry. He said that he began his career as a music producer and a musician. Transformation church asked him to produce the music for their conference with the late Myles Munroe. He started running sound and began leading the music ministry.

He added that after becoming the official senior pastor he made a declaration on the first Sunday that Transformation Church would be “a multigenerational church, a multiethnic church, a multiplying church, and a multi-campus church. We were none of those things at the time; but by God’s grace, we are those things now.”

Michael has an estimated net worth of $5 million in 2020.

Michael released his book “Relationship Goals’ in 2020. According to a synopsis on Goodreads, the book is a candid, inspiring guide to finding lasting love by getting real about your relationship goals–based on the viral sermon series about dating, marriage, and sex.

. . “No eye has seen, no ear has heard, and no mind has imagined what God has prepared for those who love him.” 1 Corinthians 2:9