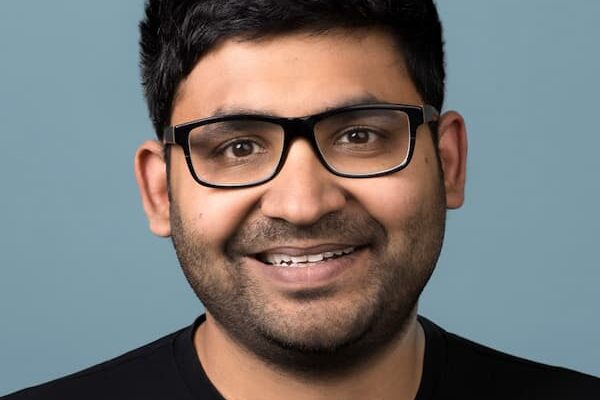 Parag Agrawal is an Indian-American technology executive serving as the Twitter CEO, he was appointed on November 29, 2021 after Jack Dorsey resigned. He is the former Chief Technology Officer at Twitter.

He has not revealed the names of his parents or whether he has any siblings.

Agrawal is married to Vineeta Agrawal. She is a general partner at Andreessen Horowitz where she leads investments for the firm’s bio fund across therapeutics, diagnostics, and digital health, with a focus on companies that are leveraging unique datasets to improve drug development and patient care delivery. She serves on the board of BigHat Biosciences.

He has a son known as Ansh Agrawal.

On November 29, 2021 Parag was named as Twitter CEO after Jack Dorsey stepped down. Parag joined Twitter in 2011 as a software engineer, he worked on ad-related products, but gradually he also dabbled in artificial intelligence. In 2017 he was promoted to the role of Twitter CTO.

He has a central role in developing the company’s artificial intelligence technology. According to CNBC a source revealed that Parag and Dorsey had been closest partner in considering the future of the Twitter platform, and the two have a shared vision for decentralizing social media.Parag had been key in creation of Project Bluesky, an open-source project that has tapped some notable crypto developers to build an open standard for social media.

Deep gratitude for @jack and our entire team, and so much excitement for the future. Here’s the note I sent to the company. Thank you all for your trust and support 💙 https://t.co/eNatG1dqH6 pic.twitter.com/liJmTbpYs1

Prior to joining Twitter, he briefly worked at Microsoft, AT&T and Yahoo. In all three companies, his work was mostly research-oriented.

Parag is facing criticism from conservatives due to his old social media posts and interviews which has led some to question how he will handle censorship, especially of far-right sources, on Twitter.

In 2020 he tweeted, “If they are not gonna make a distinction between Muslims and extremists, then why should I distinguish between white people and racists.” This was a quote from “The Daily Show” correspondent Aasif Mandvi.

In 2020 during an interview with MIT Technology Review, he said that Twitter, like other private companies, isn’t “bound by the First Amendment,” leading some conservative commentators to speculate that Twitter’s “censorship” of right-wing sources will worsen.

His actual salary as the Twitter CEO is not in the public domain.

He has an estimated net worth of $1.52 million.