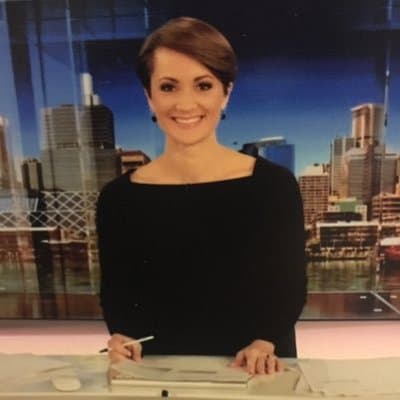 Johanna Nicholson  is a reporter, anchor, and presenter for ABC News Channel. She has also worked with SKY News and Seven Network as a producer.

Her nationality is Australian.

She is a beloved daughter to Leigh Hatcher (father) and Meredith Hatcher(mother). Her father was a veteran in the world of broadcasting earlier in the days.

She is happily married to her husband James. They tied the knot on 4th October , 2014.

She is an adorable mother of one, Henry Winter Nicholson . He was born in 2020 August.

Johanna is the host of the Weekend Breakfast program on the ABC News Channel alongside Fauziah Ibrahim. They work on and develop fascinating story lines throughout 7 hours of live television each weekend with a small team. She conducts interviews and reports on stories from throughout the world. More-so, she reports on breaking news, world events, politics, crime, human interest, sports, and weather. Johanna has covered news for ABC News morning, The ABC News Channel, and ABC radio programs as an ABC News reporter. Johanna has also contributed to ABC online and on the radio.

She worked with Sky News Australia for 5 years and 5 months in a variety of positions. As part of an agreement between the stations, Nicholson sent stories, content, and information to Sky News in this function. She negotiated with people who had often conflicting interests.

Johanna assisted in the coverage of the Sydney Olympics by Channel Seven in 2000. She worked in production, keeping track of numerous sporting events and collaborating with journalists covering the games.

Later in 2005, she returned to the Seven Network as a researcher, working with journalists to locate archive data.
The model also worked on the network’s international desk. She created and wrote international material, monitored international agencies, and collaborated with foreign correspondents.