Nino Vitale is the Representative for the 85th district of the Ohio House of Representatives. He is an NRA Certified Instructor, active in the Pro-Life movement, and has a black belt in martial arts. He is also an instrument-rated FAA Pilot.

Nino is married to Lilli Vitale

Nino has not revealed too much about his family apart from he uses his mother’s maiden name, Vitale. He has never revealed the name of his father but has said that his mother was married to a Vietnam veteran at a very young age. They divorced after four years due to his drug and alcohol problems after the war. She got remarried to a man whose last name was Blanch but they later divorced.

Nino is a father to five children; Frankie, Luca, Nino, Lorenzo, and Victor.

Vitale revealed that he actually changed his name to Vitale which is his mother’s maiden name. He didn’t reveal his birth name but he said that his mother was married to a Vietnam veteran but divorced after four years. She got remarried to a man whose last name was Blanch’ he adopted him and he changed his name. Later they too divorced.

He added that he was later informed by his grandmother that their family name had been changed at Ellis Island. He changed his name to Brangato, based on that information, which unfortunately turned out to be incorrect. When he got married he wanted a true family name for his children and that inspired him to change his name to Vitale, his mother’s maiden name.

Vitale is a former director of Marketing/Customer Development at Champaign Bank. He serves as an adjunct professor at Urbana Urbana University College of Business. Since 2002 he is the manager at Johnson Welded Products, Incorporated.

Nino was elected as the Representative for the 85th district of the Ohio House of Representatives in 2014. He currently chairs the Energy and Natural Resources Committee.

On May 4, 2020 Nino said he wouldn’t wear a mask during the ongoing COVID-19 pandemic. He argued that humans were created in the image of God and the image is seen the most by our face.

He posted on his Facebook account, “This is not the entire world. This is the greatest nation on earth founded on Judeo-Christian Principles. One of those principles is that we are all created in the image and likeness of God. That image is seen the most by our face. I will not wear a mask.”

On May 1, 2020 Nino referred to Dr. Amy Acton as a “Globalist Health Director.” This was after Dr. Amy, Ohio Department of Health Director, extended Ohio’s stay at home order until May 29.

According to Merriam-Webster the word “globalist” broadly means someone who advocates for a policy of “treating the whole world as a proper sphere for political influence.” In recent years it has been used as an anti-Semitic slur, according to the Anti-Defamation League (ADL).

During an interview with Capital Journal, Nino claimed that he was unaware the word had such a negative context. He claimed to not know Acton was Jewish.

On April 16, 2020 Nino published a letter addressed to Governor Mike DeWine urging him to open the Ohio Economy. He claimed that people were living under house arrest as quarantine is when one is sick and gets isolated. Here is the full letter. 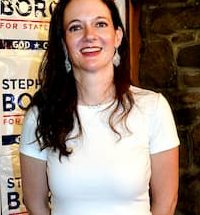