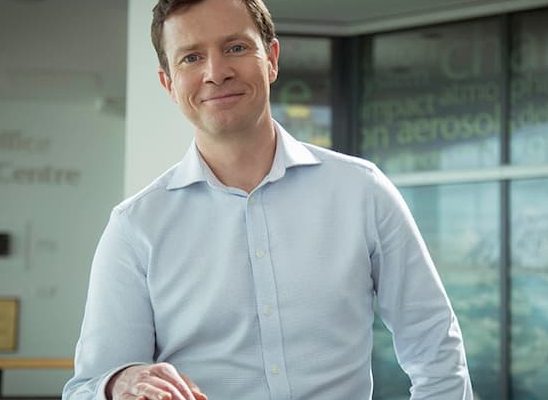 Alexander Roy Deakin popularly known as Alex Deakin is a media personality serving as a meteorologist for the Met Office. He previously worked at BBC News Channel as a BBC Weather presenter.

Alex attended South Hunsley Secondary School on East Dale Road in Melton. He has a master’s degree in Physics with Astrophysics from the University of Birmingham.

Alex is married although he keeps that part of his life private. There is no information regarding the name of his wife or when they got married. He however shares photos of her on his Instagram page.

The gorgeous Mrs D gardening in her Christmas jumper today Because….. well she will never *ever* wear it again ? #gardening #ChristmasJumper #StayAtHome #Pregnant #SantaBaby

Alex is a father of three children. Two daughters and a son.

Much fun in the trees at @wildwoodescot #Summer #Trees #Wildwood

Alex first joined Met Office training scheme in 1997 after graduating. He joined the Met Office’s meteorology training scheme. He said it fit him perfectly as he moved from studying the atmosphere from other planets and went back to earth.

“It fitted me perfectly, a case of moving on from studying the atmospheres of other planets, to going back to Earth.”

Alex joined BBC News Channel in 2000 as a BBC Weather presenter, this was after meeting the head of BBC Weather, Helen Young at a film premiere for The Perfect Storm, who invited him for a screen test. In 2002 he became a national presenter on BBC One.

In 2004 he became the patron of Pitsford Hall weather station in Northamptonshire. He also appeared on Celebrity Mastermind (specialist subject the Stone Roses) in 2010 and on Celebrity Great British Bake Off in 2012. He left BBC in 2016.