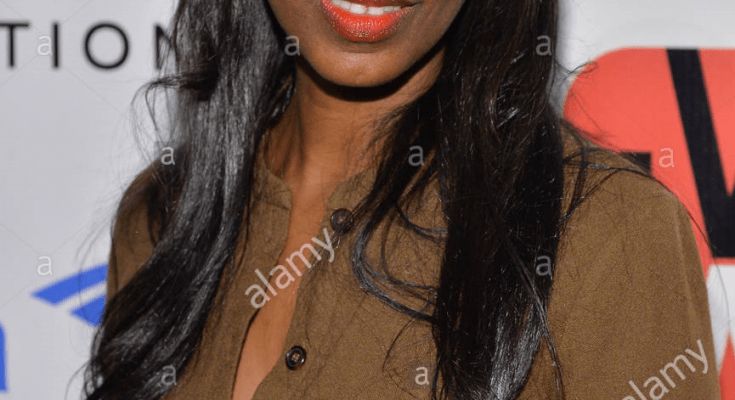 Nima Elbagir is a Sudanese television personality serving as a senior international correspondent for CNN based in London. She also worked as Johannesburg based correspondent as well as Nairobi.

Elbagir stands at a height of 5 feet 10 inches tall.

She is a Sudanese by nationality.

Elbagir studied in Sudan as well as in Britain. She holds a Bachelor of Science degree in Philosophy from The London School of Economics and she is fluent in Arabic and English

Ahmed Abdullah was jailed for three years and released when his health had deteriorated with asthma.

The family fled to Britain when Elbagir was two years and they returned to Sudan when she was eight years.

Elbagir has three siblings, two sisters, Yousra Elbagir and Safia Elbagir and a brother. Yousra studied Social Anthropology at the University of St Andrews and now works in Khartoum, Sudan as a writer for the Guardian, CNN Africa and Reuters Africa. She is also a content manager for their family production company, Elephant Media. Safia is a doctor while her brother used to run their printing press before evolving the family trade into new media by founding Elephant Media.

She is married to Mark who is a Brit. They met in Sudan.

In 2018 while she was receiving an award for Excellence in International Reporting, she praised her husband for being supportive.

“I have to thank my wonderful husband Mark. So many people have been coming up to our table just to check he’s real, because it is so rare that he and I are actually in the same place at the same time. To be completely honest, I am probably not the best wife. I feel like a bit of a bad feminist admitting that, but I’m probably not the best wife. I’m sure that poor Mark is really not the envy of many people, because I’m pretty sure there aren’t many boys or girls who grow up dreaming of marrying someone who leaves unpacked, messy piles of clothing while she’s away and then is permanently exhausted when she’s back.”

She has a son, Ali, with her husband, Mark.

Elbagir is an award-winning Senior International Correspondent based in CNN’s European headquarters in London.

She joined CNN in February 2011 as a reporter based at network’s Johannesburg bureau, before later moving to Nairobi. Africa has been the focus of her reporting for CNN and has been at forefront of nearly every major news story from the continent in the past three years.

Before joining CNN, Elbagir worked in various capacities for the UK’s Channel 4 for a number of years from 2005: she freelanced from Kabul for Channel 4 News; reported for the ‘Unreported World’ documentary strand; and both reported and presented for Channel 4 News and More4 News.

During this period, her exclusives included getting the first interview with the Aegis security company whistleblower on the Iraq ‘Trophy Videos’ (2005); interviewing Jacob Zuma in the run-up to his rape trial (2006); being the only Western journalist reporting from Mogadishu during the US bombing of Somalia (2007); and broadcasting the first televised evidence of Iranian weaponry smuggled to the Taliban (2009).

She began her journalism career as a stringer with Reuters in 2002 reporting from Sudan, and one of the first to provide footage from inside Darfur; while also filing material for the Economist, the FT and Radio France International. She stayed on with Reuters as a London-based Graduate Trainee through to 2005.

Elbagir won two Foreign Press Association Awards in 2008, TV News Story of the Year and Journalist of the Year for a Channel 4 News piece on Somalia.

She has been nominated for numerous other Awards including the Amnesty Awards and the One World Broadcast Awards.