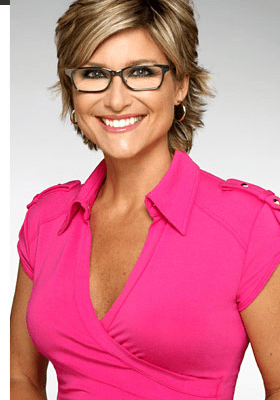 Banfield attended Balmoral Hall School, a private university preparatory school in Winnipeg, Manitoba, which she left in 1985. She went on to obtain a Bachelor of Arts degree in political science and French from Queen’s University in Kingston, Ontario, in 1988. She continued her studies in French at the University of British Columbia, in Vancouver, British Columbia, graduating in 1992.

She is the daughter of Suzanne Elizabeth and John Alexander Banfield. Her dad struggled with alcoholism. Her mother, Suzanne was the breadwinner of the family.

Ashleigh remembers her mothers hard work and tough love that made her be who she is. She went ahead to say; I was never blessed with an internship or mentors to help me move along my career path, but my mum has always been the first phone call in good times and the many bad.

Banfield has three siblings. Her brother works in Alaska. She is also a cousin of television writer and director Michelle MacLaren.

In 2004, Banfield married real estate financier Howard Gould. He founded the carbon credit trading company Equator Environmental and is a great-grandson of railroad developer Jay Gould. The wedding took place aboard a wooden yacht at the Royal Lake of the Woods Yacht Club in Canada. The couple later divorced.

On December 29, 2017, Banfield’s 50th birthday, she married her boyfriend of three years, Chris Haynor, at the Hermitage Club ski lodge in Wilmington, Vermont.

She has two sons, Jay Fischer Gould and Ridley Banfield Gould from her first marriage with Howard Gould.

Ashleigh anchors Legal View with Ashleigh Banfield each weekday at noon. She joined the network in 2011 as co-anchor of CNN’s morning show Early Start.

She was a correspondent for ABC News, reporting for Good Morning America, 20/20, World News with Diane Sawyer and Nightline. Prior to ABC, Banfield anchored and hosted three programs on TruTV (formerly Court TV) including a daily legal news program Banfield and Ford: Courtside; the weekly evening show Hollywood Heat; and the successful prime time special series that she created and co-produced, Disorder in the Court. In 2008, the Gracie Allen Awards named her Outstanding Anchor, recognizing her achievement at Court TV. Her Banfield and Ford: Courtside program coverage of the – Rhode Island Nightclub Fire – earned a Telly Award in 2007.

As a correspondent for NBC News from 2000-2004, she reported for The Today Show, NBC Nightly News with Tom Brokaw and Dateline. Banfield covered the terrorist attacks of September 11th reporting live from the World Trade Center in New York City, which earned her Emmy Award recognition. From September 2001 to January 2004, she reported live from Pakistan, Afghanistan, Iran, Iraq, England, Israel, Jordan, Lebanon, Syria and Saudi Arabia. This work earned Banfield and team a National Headliner Award.

During this time, she also anchored several prime time series on MSNBC, including A Region In Conflict and Ashleigh Banfield: On Location.

Prior to MSNBC, Banfield served as the evening news anchor for KDFW-TV, the FOX affiliate in Dallas. While there, she received her first Emmy Award for “Best News Anchor” for her coverage on “Cadet Killer” and a Texas Associate Press Award for the series “To Serve and Survive.” Banfield also worked at Canada’s CICT-TV, as a producer from 1992-93 and from 1993-95 as their evening news anchor and business correspondent. In 1994, Banfield earned two IRIS awards for the “Best News Documentary” and “Best of Festival” categories, where she chronicled the life of a homeless man.

Before, and during, her tenure at CICT-TV, she freelanced as an associate producer for ABC’s World News Tonight, where she covered the 1991 Bush/Gorbachev Summit in Russia and the 1992 Clinton/Yeltsin Summit in Vancouver.

On October 16, 2018, Banfield was laid off, along with Michaela Pereira and Carol Costello, as part of the network’s decision to scale back their live news programming. Final broadcasts of the shows hosted by all three presenters were aired on Friday, October 26, 2018. She then was the inaugural host of the A&E show Live Rescue. After the first season, Matt Iseman took over as host.

She resumed hosting programs on Court TV, including the true crime documentary series Judgment with Ashleigh Banfield in 2020. She also appeared as a special contributor on their evening courtroom highlight show. In January 2021, Banfield was announced as the host to replace the third hour of News Nation on WGN America. The interview program, to be titled Banfield, is intended to interview newsmakers from all walks of life in a style said to be similar to Larry King Live.

In 2016, she had refractive lens exchange surgery which corrected her far-sightedness.

Banfield’s net worth is currently estimated to be $3 million.