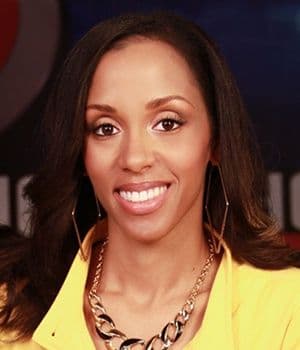 Nichole Gomez is an American multi-media journalist/weather forecaster. She is the ABC-7 StormTRACKer Weather Forecaster for Good Morning El Paso and ABC-7 at Noon.

Nichole’s father passed away and her mother Felicia works for CPS. She has a younger sister, Natasha who works as an insurance coordinator for a local therapist office.

Gomez has a son known as Randy Jr. Nichole.

Nichole is the ABC-7 StormTRACKer on Good Morning El Paso and a fill-in anchor. She completed an internship at KFOX-14-TV while attending El Paso Community College. She worked behind the scenes at KDBC-TV in 2006 and was later given a full-time position as a weekend weather forecaster/reporter. She also worked as a multi-media journalist/weather forecaster at KTSM-TV.

Gomez’s net worth is under review.

Grab your morning coffee and turn on the TV. We’re live on #GMEP @kviatv