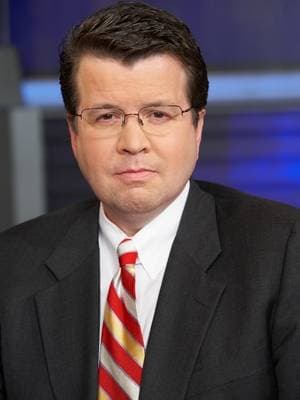 Neil Patrick Cavuto is an American media personality serving as senior vice president, anchor and managing editor of business news for both FOX News Channel (FNC) and FOX Business Network (FBN). He anchors FNC’s Your World and Cavuto on Business. He also hosts Cavuto: Coast to Coast on FBN.

Neil attended Immaculate High School and later graduated from St. Bonaventure University in 1980 with a bachelor’s degree in mass communication,. She holds a master’s degree from American University.

Cavuto is the son of Kathleen T. (Feeley) and  Patrick “Pat” Cavuto. His father was of Italian descent and was a can company sales executive and his mother who was of Irish ancestry worked as a  United Nations staffer and housewife. During a question and answer interview, He talks of how his parents advice have impacted on his life, “My Irish mom used to remind me that on the great ladder of life, take note of the folks you’re passing on the way up, because you’ll be bumping into them again, on the way down. Now I tell my own kids the same thing. My father used to tell me that the greatness of a man is determined not by how he treats those who can help him, but precisely those who do not. He kept me and my brother and sisters grounded, and often with good humor. Looking at my sometimes rocky report cards as a kid, he’d shake his head and say, “Neilly boy, stay humble, because in your case it’ll come in handy.” I’d laugh, he’d laugh, but I never forgot his point. Stay real.

Neil is married to Mary Fulling. a research Scientist-Design at dba Sheila Runke that specializes in Intellectual Property,  Patents and Trademarks. The couple met back in college and tied the knot on October 15, 1983.

Cavuto and his wife have three kids together, a daughter Tara Cavuto and sons Bradley Cavuto and Jeremy Cavuto.

Neil was diagnosed with Hodgkin’s lymphoma, a type of cancer that attacks the body’s immune system when he was 29 years old. He started receiving chemotherapy and radiation but didn’t tell people at work about it. “I was paranoid that I’d lose my job,” he told People in 2002. “I was a basket case.”  He began looking into treatment options and he settled on a form of radiotherapy. With doctors firing strong radiation at his body, the treatment was intense but he eventually recovered but  Over the course of therapy, the intense radiation led to him losing half a lung.

10 years later,  started experiencing new, worrying symptoms. “I was stumbling and falling,” he said. “I would wake up prickly. My legs felt like stilts.” He received a diagnosis of multiple sclerosis, a degenerative neurological disease that has no known cure. Sometimes, Neil will experience pain while on-the-air, simply trying to do his job. “When it’s really bad, my shoulders can’t move, my head is spinning, I can’t feel my arms or my legs,” he said.

More alarmingly, the disease has taken its toll on Cavuto’s vision. And now, the host distrusts his eyesight so much that he’s stopped using teleprompters altogether. As a result, he now takes to memorizing everything from scripts to his guests’ opinions in case his vision completely fails. He was later diagnosed with “a widow maker…a coronary artery so blocked that, at any moment one could just drop dead. His left anterior descending coronary artery was fully blocked and he had to undergo open-heart surgery.

Neil serves as Senior Vice President, Anchor and Managing Editor of Business News for both FOX News Channel (FNC) and FOX Business Network (FBN). He is the anchor of FNC’s Your World with Neil Cavuto (weekdays 4-5 PM/ET), FNC’s CAVUTO Live (Saturdays 10 AM-12 PM/ET) and FBN’s Cavuto: Coast to Coast (weekdays 12-2 PM/ET). In addition to anchoring daily programs and breaking news specials on FNC and FBN, Cavuto oversees business news content for both networks and leads special events coverage for FBN.

Most recently, he anchored FBN’s 2018 midterm election coverage, scoring the network’s highest-rated midterm coverage in history. In January of 2018, Neil also served as the lead anchor for FBN’s extensive coverage of the inauguration of President Donald J. Trump. According to Nielsen, FOX Business topped all other business networks and marked its highest-rated Inauguration Day coverage in the network’s history.

In November 2015, Cavuto, along with FBN’s Maria Bartiromo, moderated the network’s inaugural Republican presidential primary debate. According to Nielsen data, the debate delivered 13.5 million total viewers and 3.7 million in the key 25-54 demo, making it the highest-rated program in network history.

Prior to joining FNC for its launch in August of 1996, he anchored and hosted more than three hours of live daily programming for CNBC, including the network’s highest-rated show, Market Wrap. He also served as a contributor to NBC’s Today Show and NBC News at Sunrise. Previously, Cavuto was the New York Bureau Chief for PBS Television’s Nightly Business Report and a Washington Bureau Chief for Investment Age Magazine.

Neil has covered some of the most important business and political stories of our time, including the 9-11 attacks, the 2008 financial meltdown, the 1987 stock market crash, and both Persian Gulf Wars. He has reported firsthand on the economic policies of American presidents since Jimmy Carter, and covered major corporate scandals from Enron to Tyco.

He is the author of More Than Money and Your Money or Your Life. Both books were New York Times bestsellers.

He has an annual salary of $7 million.

He has an estimated net worth of $23 million.