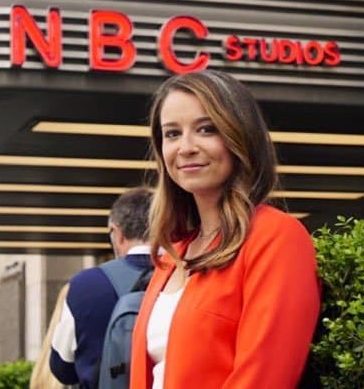 Maura Barrett is a media personality serving as a political campaign embed reporter at NBC News. She previously produced for NBC’s Business & Tech unit, after starting in breaking news covering the Northeast Region for NBC

She holds a Bachelor of Science degree in Broadcast Journalism with a minor in French from Boston University.

Maura is a reporter who began her career as an intern for Echoes Radio on NPR. In June 2014 she joined Neighborhood Network News as an Allston-Brighton correspondent where she wrote, reported and anchored bi-weekly neighborhood news segment.

She has also served as a video production assistant at Harvard University. She also worked as a peer tutor – educational resource center at Boston University.

Barrett serves a political campaign embed reporter at NBC News since May 2019. She previously served as an associate producer for NBC’s Business & Tech unit. She joined NBC in March 2016 as a researcher for the Northeast Bureau. Prior to that, she served as an executive producer for Inside Boston; BUTV10. She was worked as a communications specialist at the European Producer’s Club. She worked on CBS News as a digital media at WBZ CBS Boston.

Election Day, yet again. Up early with @mattwargo & @paulrigney before we’ll go into the Allegheny County warehouse, where they’ll start counting their remaining 35,000 ballots – as all eyes are on Pennsylvania, which could decide the election. #newstourist ?: @paulrigney