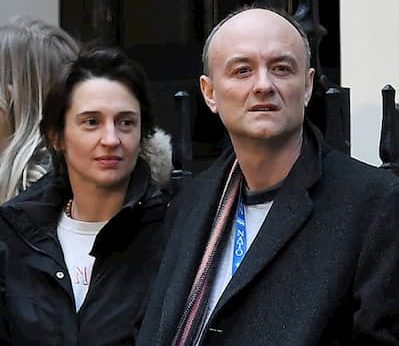 Mary Wakefield is a British journalist serving as a columnist and the commissioning editor of the Spectator magazine. She is the wife of Dominic Cummings, a British political strategist serving as a senior adviser to Prime Minister Boris Johnson.

She attended Wycombe Abbey, an independent girl’s boarding school, and later studied an undergraduate degree at the University of Edinburgh.

Her paternal grandparents are Sir Edward Wakefield who was a British civil servant and Conservative Party politician. Her mother is Evelyn Baring, 1st Baron Howick of Glendale, the Governor of Kenya during the Mau Mau Uprising, and Albert Grey, 4th Earl Grey, a Governor General of Canada, and through the latter, Charles Grey, 2nd Earl Grey, of the House of Grey and a former Prime Minister of the United Kingdom.

Mary is married to Dominic Cummings since December 2011. The couple met through Mary’s brother, Jack Wakefield who is also a friend of Cummings. Cummings is a political strategist who serves as a senior advisor to Prime Minister Boris Johnson since July 2019. He previously served as a Special Adviser to Michael Gove and was also Director of the successful Vote Leave campaign, an organisation opposed to continued British membership of the European Union, that took an active part in the 2016 referendum campaign for Brexit.

She has one son named Alexander Cord, named after an Anglo-Saxon saint, born in 2016.

Mary is a columnist and commissioning editor for the weekly magazine The Spectator. She has worked for the magazine for decades since Boris Johnson was the editor. She started as an assistant editor and then deputy editor. She has also written for The Sun, Daily Mail, The Telegraph and The Times.

In March 2020 she contracted COVID-19. She wrote about the experience in The Spectator.

On May 22, it was revealed that together with her husband they traveled from London to Durham while both had COVID-19 symptoms to take their child to Cummings’ parents’ home and to self-isolate there. This was in violation of the government lock-down instructions which told people with symptoms to self-isolate in their own homes and not to travel.

There were calls for Cummings firing due to the violation but prime minister Boris Johnson supported him saying he had acted “responsibly, legally and with integrity”.

“I have had extensive face-to-face conversations with Dominic Cummings and I have concluded that in travelling to find the right kind of childcare, at the moment when both he and his wife were about to be incapacitated by coronavirus – and when he had no alternative – I think he followed the instincts of every father and every parent and I do not mark him down for that.”

He added, “I believe that in every respect he has acted responsibly, legally and with integrity, and with the overriding aim to stopping the spread of the virus and saving lives.”

On May 25, Durham Constabulary launched an official police investigation to establish the facts concerning any potential breach of the law or regulations.