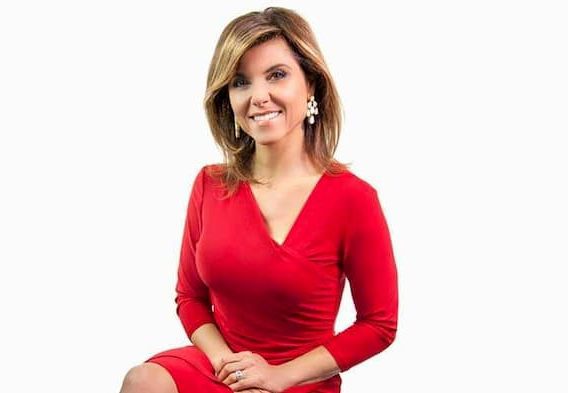 Maria Stephanos is an American media personality serving as co-anchor of NewsCenter 5 at 6:00, 7:00 and 11:00 PM with Ed Harding and Chief Meteorologist Harvey Leonard. She also anchors NewsCenter 5 at 4:30 PM and The 10 O’Clock News on MeTV Boston with co-anchor Ben Simmoneau.

She belongs to Greek ancestry.

She holds a bachelor’s degree in Journalism from Umass Amherst College. She earned a MA degree in mass communication from Emerson College.

Maria is the daughter of Lois Athena Nionakis and the name of her father is unknown.  Her father was a beauty salon designer and salesman. Her mother, Lois died in 2016 at the age of 79. She attended the Cambridge School of Business and later worked at MIT Instrumentation Laboratory where she worked on the Space program.

She is married to Dale Charles Stephanos, a political narrator and writer. His illustrator’s work has appeared in national magazines including Rolling Stone, Newsweek, and Sports Illustrated.

She is a mother of two children, Liam and Isabella.

Maria serves as a co-anchor of NewsCenter 5 at 6:00, 7:00 and 11:00 PM with Ed Harding and Chief Meteorologist Harvey Leonard at WCVB Channel 5. She also anchors NewsCenter 5 at 4:30 PM and The 10 O’Clock News on MeTV Boston with co-anchor Ben Simmoneau.

She previously served as an anchor and reporter for Boston’s WFXT-TV for nearly eighteen years. Before that, Maria was a reporter at WJAR-TV in Providence, RI. She began her career as a Statehouse reporter working for several local stations including WBUR in Boston. She has also reported for several NPR radio stations and WCBS Radio and WABC Radio in New York.

Maria has no illness known to the public as of 2020. She however suffered a stroke when she was three years old but was able to recover.

In August 2019 she collapsed at studio. Her husband Dale said Maria had ran five miles that morning before her shift. He revealed that she had called him from her car on the way to the Dedham studio and told him she was “disoriented, nauseous, and she felt like she was going to pass out.” He also said she told him she “couldn’t feel her hands.”

“She couldn’t pull over because of all the construction but she finally made it to FOX, she dropped and they called 911. They got an IV into her pretty quickly and she sprung right back to life.”