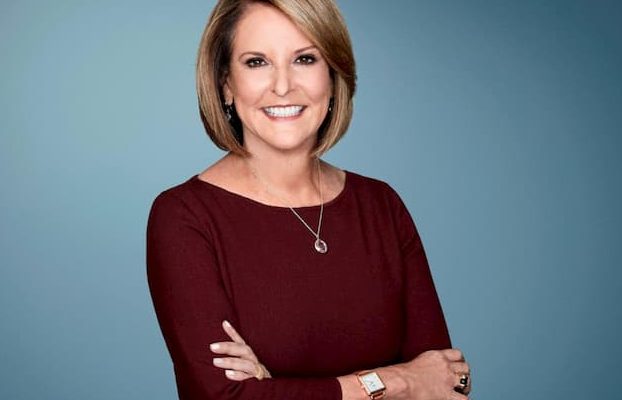 Gloria Borger is a media personality serving as a chief political analyst for CNN. She appears regularly on The Situation Room with Wolf Blitzer, The Lead with Jake Tapper and across the network’s prime time programs.

Gloria got married to Lance Morgan in September 1974. Morgan has a master’s degree in journalism from Columbia University. He is a former reporter for The Buffalo Courier‐Express and currently serves as a public relations executive. He serves as the chief communication strategist at a company named Powell Tate, which is a global networking company. He previously worked as chief communication strategist, he served as a press secretary to Senator Daniel Patrick Moynihan and also as a spokesman for the US Senate Iran-Contra Investigating Committee.

Gloria has a son known as Evan Morgan in 1985, a partner in the Washington-based venture-capital firm, Revolution. He is married to Mary Huntsman, daughter of Jon Huntsman.

Borger joined CNN in September 2017 and currently serves as a chief political analyst, appearing regularly on The Situation Room with Wolf Blitzer and Anderson Cooper’s AC360 and across the network’s primetime programs.

In September 2016 she reported the documentaries; All Business: The Essential Donald Trump and Almost President: The Agony of Defeat. In the documentary about the life of Donald Trump, Borger went beyond the campaign trail to report in-depth on his journey from childhood to his early years in Manhattan and Atlantic City, to primetime fame, to becoming the Republican nominee for President.

In October 2015 she reported the documentary Bush v. Gore, the definitive story of the recount during the election of 2000 with exclusive insider stories from both sides.

In 2012 she reported CNN’s 90-minute documentary on the life and career of Mitt Romney—his journey in politics and devotion to his Mormon faith. After the election, she conducted the first extended post-election interview with Romney and his wife Ann as they candidly discussed the campaign.

In 2010 she did a special for CNN, The Odd Couple, in which she interviewed powerhouse Washington attorneys David Boies and Ted Olson. The interview led to an Emmy nomination. In 2013 she reported on a 30-minute CNN special, Marriage Warriors: Showdown at the Supreme Court, which earned a first place 2014 National Headliner Award and the 2014 American Gavel Award from the American Judges Association.

Prior to joining CNN, she served as CBS News’ national political correspondent and a contributor to CBS’s Face the Nation, 60 Minutes II and the network’s special events coverage. From 2002 to 2004, she was the co-anchor of CNBC’s Capital Report.

She began her career as a reporter at The Washington Star where she covered politics and co-authored a daily serial, eventually published as a book, Federal Triangle, a parody of political life in Washington.

She was also a political columnist for U.S. News & World Report and chief congressional correspondent for Newsweek