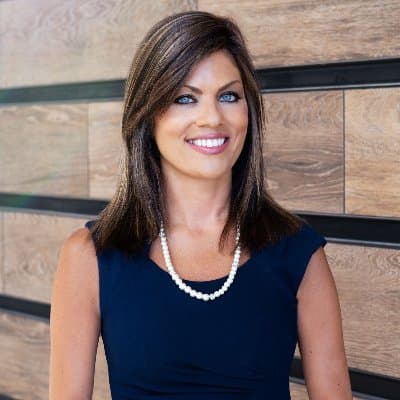 Maria Athens is an American media personality serving as a reporter for the Fox News Channel 4 in Anchorage. In October 2020 she accused Anchorage Mayor Ethan Berkowitz of posting nude photos of himself on a minor’s website.

She graduated from Seton Hall University in South Orange, New Jersey where she studied diplomacy, international relations and political science.

Maria is an anchor for the combined Fox/ABC station in Anchorage.  She began her career as a reporter and editor at Greek Reporter. She later joined Neo Magazine as a reporter and writer for first tier interviews and cover stories. In 2013 she joined Alleywire as a news reporter covering Silicon Alley’s innovative startup community, and cohost of “Creator’s
Corner with Athens and Rogers” weekly program.

She served as a news anchor and reporter for four years. She anchored NGTV’s “Top Hellenic Headlines” newscast where she was responsible for covering all Greek
news in the English language on-air & online.

After she published the story about the mayor, Coastal Television’s president and CEO, Bill Fielder, said that Athens’ post Friday about the mayor ”was not published by any of our news outlets, but appeared on a personal social media page not controlled by our company. We have demanded that Ms. Athens remove any mention of or affiliation with our stations and their call signs or logos in connection with this story.”

Berkowitz’s office issued a statement describing the “slanderous allegations” from Athens as “categorically false,” and said they “appear to be the product of someone who is hostile and unwell.”

“The slanderous allegations from Your Alaska Link reporter Maria Athens are categorically false and appear to be the product of someone who is hostile and unwell. We spoke with Ms. Athens’ employer, general manager Scott Centers, who emphatically disavowed his employee’s comments.”

On Monday Mayor Ethan Berkowitz released a statement addressing the allegations and admitted to having an inappropriate, but consensual relationship with Maria years ago.

“I apologize to the people of Anchorage for a major lapse in judgment I made several years ago when I had a consensual, inappropriate messaging relationship with reporter Maria Athens. I’m embarrassed and ashamed for the hurt I’ve caused my family and our community. I take responsibility for my actions. A joinr investigation into the recent allegations made by Ms. Athens was completed by the Anchorage Police Department and FBI and found no criminal conduct.

It takes time to rebuild trust and I hope you afford me the opportunity to do so. During the remaining months of my term, I will continue working on the important issues we face.”

On October 12, 2020 the Anchorage Assembly released a written statement where they said they were informed of “improper and distasteful actions taken by our Mayor.”

“While an investigation by APD and the FBI found no illegal activity based on the allegations made against the Mayor last Friday, we now understand that the Mayor engaged in a consensual yet inappropriate relationship with an adult. We are disappointed and disheartened by this news and send our heartfelt support to First Lady Dr. Mara Kimmel and the rest of the Mayor’s family, who we know are going through a very difficult time.”

Maria was arrested on October 9, 2020 in the parking lot of Coastal Television Broadcasting Co. on East Tudor Road after it was reported she got into a physical fight with her station manager boss, Scott Centers. According to a charging document Athens and Scott fought in a car “about work,” with Athens punching Scott and hitting him with her cell phone. Later, Athens allegedly hit Centers again inside the TV station. When police arrived at the TV station and arrested her, she hit a cop on his vest and tried to kick the doors of the police cruiser, causing police to put her in full restraints.

He was arraigned on Saturday and charged with fourth-degree assault, criminal mischief, and disorderly conduct.

The altercation took place shortly after Athens took to social media to post allegations against Anchorage Mayor Ethan Berkowitz. She said she would cover the story during her late night broadcast on Your Alaska Link, the story never aired.

On Monday night, October 12, the Alaska Landmine published a sixty-second voicemail allegedly sent to Mayor Ethan Berkowitz by Maria Athens. In the voicemail, the caller uses several anti-semitic epithets and issues a death threat toward the mayor and his wife. The caller also threatens to publish a story nearly identical to the news teaser posted to Maria Athens’ Facebook page

Below is the transcribed voicemail.

“Ethan, it’s Maria Athens from Fox/NBC/CW/News Net National Alaska. Uh, I just learned through my g- my, eh, ah….Emmy-award winning journalism, you’re also a pedophile and like little girls and children, and there’s a website. I’m so f**king exposing you. I’m gonna get an Emmy. So you either turn yourself in, kill yourself, or do what you need to do. I will personally kill you and Mara Kimmel my god damn self, you Jewish piece of living f**king shit. You have met your match, motherf**ker. You have met your motherf**king match. I can’t believe- I am such a good person, and thought I loved you. I f**king hate- I don’t even hate you. I will pray for your Zionist f**king ass, you piece of shit loser. And, I’m putting this on the news tonight. Bye! Have a great Friday, you motherf**ker!”