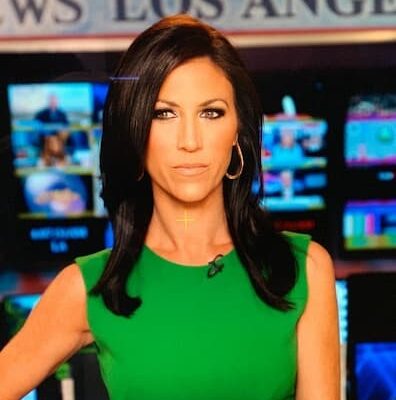 Marci Gonzalez (born Marci Renee Gonzalez) is an American reporter who works for ABC News and is based in New York. She appears on various programs such as Good Morning America, ABC World News Tonight, World News Now, and America This Morning.

She was born on 25th November 1982, in Denville, New Jersey, United States

She is the beloved daughter of Francisco Gonzalez and Cathi (née Addeo). When her father was a youngster, he came to the United States from Montevideo, Uruguay.

Gonzalez is happily married to his fiance Jory Rand. Jory is also a news reporter for ABC News. The duo began dating in 2018 two years before their first child. She was also in a relationship with fellow journalist, Will Carr who is currently dating Brianna Ruffalo.

She is a loving mother of one boy called Brooks Henry Rand who was born on May 28th, 2020.

Gonzalez began her media career as an anchor and reporter at News 12 Networks in The Bronx in 2005. She returned to Florida to work for WPTV-TV in West Palm Beach as a reporter and weekend anchor. She covered the deadly 2010 Haiti earthquake for WPTV-TV and returned for additional in-depth coverage.

Furthermore, Marci was hired as a reporter by WABC-TV in New York City in 2011 based on those stories and her daily live-action talents. When she joined ABC News in 2013, her national career took off. She presently reports and anchors for ABC News’ Good Morning America, ABC World News Tonight, World News Now, and America This Morning, among others. The 2013 Paris attacks, Nelson Mandela’s final days in South Africa, Fidel Castro’s death in Cuba, and the Boston Marathon bombing are just a few of the major stories Gonzalez has covered.