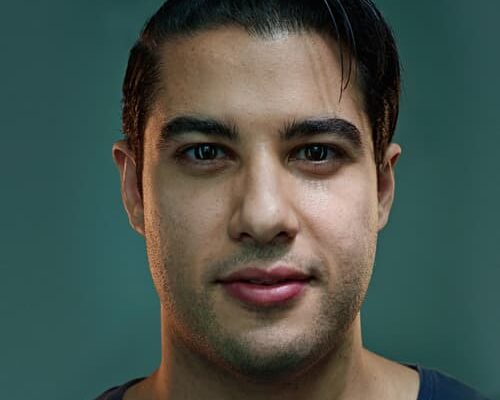 Marc Fennell is an award-winning journalist, broadcaster, and author who is best known for hosting SBS’s The Feed and conducting one-on-one interviews with celebrities such as Al Gore, Tom Cruise, and Julian Assange.

He was born on 2nd June 1985 in Sydney, New South Wales, Australia.

He attended the University of Technology Sydney.

Marc Fennell was born to an Irish father and an Indian-Singaporean mother but their names are not yet revealed, His father worked as a photographer while his mother worked as a school teacher.

There are no known siblings of Marc known.

Marc is married to name is Madeleine Genner. He has not shared about when they started dating or got married. They’ve kept their marital lives out of the public. According to Genner’s Instagram Bio, she is an ABC radio journalist as well as producer.

He is a father of two, Max and Sophie.

Fennell is the co-anchor on The Feed. He also took over as host of the Australian version of Mastermind from Jennifer Byrne in 2021. Fennell is the host of the ABC technology radio show Download This Show, which looks at the newest trends in social media, consumer electronics, digital politics, cyberattacks, and online privacy.

Since 2013, Marc has hosted The Feed, SBS Australia’s national current affairs show. From the 2019 Hong Kong Protests to Sex in Japan to survivors of ISIS torture, he’s reported from all across the world. Marc’s one-on-one conversations with celebrities and newsmakers have garnered a lot of attention.

Fennell and Jan Fran appear in the SBS podcast The Few Who Do, which aired in 2019. “We hear personal experiences from Australians who are pushing for change and tackling society’s big concerns,” according to the program.

This is the direct sequel of a three-part series. The School That Tried to End Racism, produced by Screentime and shown on ABC on Tuesday nights and streamed on ABC iview, follows an 11-to-12-year-old primary school class in south-western Sydney as they participate in a groundbreaking pilot initiative.

They are led through exercises and games over the course of a few weeks to help give children the tools to communicate about themes that adults find difficult to discuss, such as bias and discrimination.

In 2019 Fennell created It Burns, a podcast series that covers the race to grow the hottest pepper. The Times, Gizmodo, and Esquire all recognized the funny, soulful documentary about pain and peppers as one of the finest podcasts of the year. It’s been nominated for prizes all over the world (Rose d’Or, AIBs, Mumbrella Publish, etc.).

His networth is estimated to be $1 million – $6 million dollars