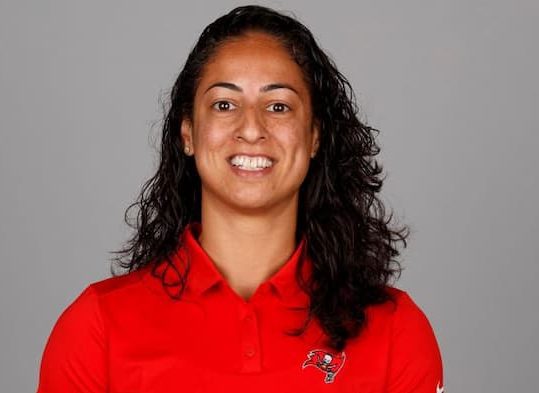 She belongs to Iranian heritage.

Javadifar graduated from Pace University with a bachelor of science degree in molecular biology. She then earned her doctor of physical therapy degree from New York Medical College.

Maral is the daughter of Iranian immigrants. Her mother Mojgan Mobasheri fled Iran in the early 1980s.

“She was escaping a revolution and she didn’t have any of these opportunities to be a woman in society,” Javadifar said. “So when she came here, it was kind of like, ‘We’re going to break down barriers.’ She kept her last name. Little things like that. So for me, it was an opportunity for me to say, ‘Thanks, mom. Thanks for that. I appreciate that.’”

Maral has not revealed her marital status. It is not clear whether she is married or not.

Javadifar will be coaching alongside Lori Locust during the Super Bowl LV on February 7, 2021. This will be a first in Super Bowl history. Javadifar said she hopes her presence at Sunday’s game is a reminder of “equal opportunity for all.”

“I do truly hope that women being in the Super Bowl or being in professional sports ends up not being newsworthy anymore. It goes back to having equal opportunity for all and that is our ultimate goal.”