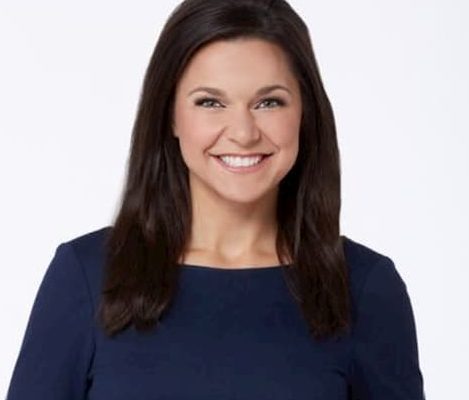 Maggie Rulli is an American media personality serving as ABC News foreign correspondent based in the London bureau. She previously served as a reporter for Channel One news based in New York.

Rulli has not revealed details about her parents but she has shared a photo of her mother on Instagram.

Power Pink Victory!! Mom and I are still flying high after this weekend’s family show down on the course ?‍♀️

Maggie married her husband Blake Morgan  On September 9, 2017, the couple got engaged on March 6, 2011.  Blake is the head of payments at Etsy, he is a former head of Corporate Development at Etsy, working on M&A, strategy, and strategic relationships.

Maggie joined ABC News’ Washington bureau in 2016 and moved to the New York office in 2017. While in D.C. she covered the 2016 presidential debates and President Trump’s inauguration and reported from the Supreme Court, Congress and the White House.

She covered the aftermath of Hurricane Michael, the Parkland shooting and the California wildfires and reported on tourism’s environmental impact on the Galapagos, the world’s largest telescope array in Chile’s Atacama Desert and the wedding of Prince Harry and Meghan Markle.

In September 2019 she was promoted to correspondent and is based in London. Her first assignment was covering the Duke and Duchess of Sussex’s tour of Africa.

Rulli served as a Channel One News reporter and anchor from April 2012 to May 2016. While there she covered the aftermath of the Paris terrorist attacks, the Iran nuclear deal negotiations and Cuba’s renewed diplomatic relations with the United States. She also interviewed first lady Michelle Obama, taken an in-depth look at youth homelessness in America, and reported on the state of nuclear weapons in the U.S.

Prior to that, she served as a host of The Pulse Network. She began her career as an anchor, reporter and executive producer at Boston College TV. She also served as an intern of talent department at NBC, an intern of production at WCVB- ABC Television affiliate.

Was this the greatest interview of my career?! Yes. ?❤️ Olive and Mabel chat with us about their new lives as viral stars under lockdown. Sorry to their dad @mrandrewcotter (and new author w/ book out soon!) who doesn’t appear until the third photo… but you get it. We’ll have more next month on @goodmorningamerica 🙂