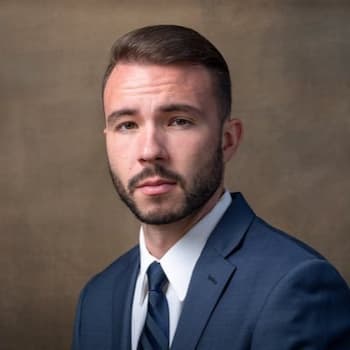 Luke Laster is an American media personality serving as a digital anchor for WOOD TV8 Live Desk and fill-in anchor. He is a former anchor and reporter for KULR-8 Local News in Billings, Montana.

His actual age is unknown but he celebrates his birthday on June 12.

He graduated from Central Michigan University with a Bachelor of Applied Arts degree in Broadcast and Cinematic Arts.

He is the son of Jennifer Kacarka Laster. The name of his father is unknown although he posts them on his social media. He has a sister known as Alaina who according to her social media bio is a barstool athlete and a broadcast journalist.

He began his career as an assistant news director for WMHW Radio. He contributed in production of 5 day a week radio newscast where he also served as on-air talent. He later joined DYST Now as an NBA content writer where he was responsible for Fantasy Basketball updates for the sports website.

He served as a video production intern for MAC TV Network where he hosted, produced and edited ‘Sports Attack’, a 15-minute sports show which aired on the network that covered local high school sports as well as other sporting events over 3 counties in the Mid-Michigan area.

In January 2016 he joined News Central 34 as a sports and news anchor and reporter. He has also worked at WJRT as a news and sports intern. He was also a content writer for Grand Rapids Drive where he was responsible for writing online content.

In June 2009 he joined Lutz Roofing Co., Inc. where he worked for nine years. He began as a roofer, truck driver and small engine mechanic before being promoted to estimator and project manager.

His actual salary is unknown but according to a source, he earns an annual base salary of $20,000