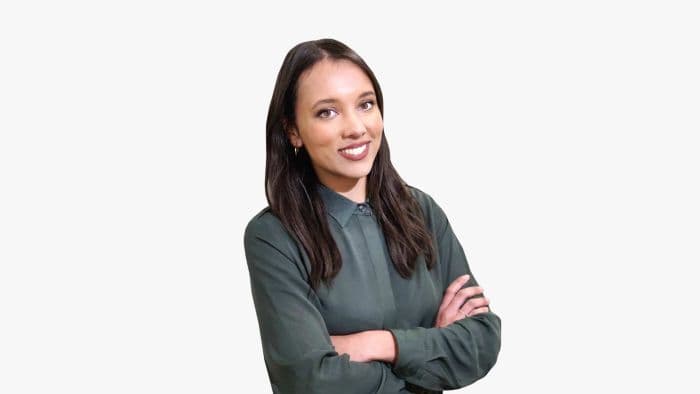 Isabella Higgins is an Australian journalist serving as Europe Correspondent for ABC News based in London.  She previously covered Indigenous affairs for ABC News for online, radio and TV. She has also worked as a reporter in the Brisbane and Rockhampton newsrooms.

She was born on May 29 in Queensland and resides in Sydney, New South Wales. Her year of birth is still not known.

She has both German and British ancestry.

Isabella has not revealed the names of her parents but she has posted a photo of her father on her Facebook account.

She has revealed that her great-grandmother fled to Australia as a refugee during WWII. She grew up in Nazi-occupied Germany. She struggled at first, but eventually fell in love and married a proud Torres Strait Islander.

Her other great-grandmother, or Aka in another language, came from a large family on Moa Island and was a Kaurareg woman who passed on her knowledge of the land and culture. Her family lineage was known for the traditional island cuisine which coexisted with Nana’s famed potato salad and pumpernickel bread at their family reunions.

She has three siblings whose names are unknown to the public.

She has no children known yet.

She is the ABC’s National Indigenous Affairs Correspondent at the moment. She also embodies all of the characteristics that distinguish a great journalist. Isabella Higgins began her career in the ABC’s digital newsroom and has subsequently worked in the ABC’s newsrooms in Brisbane, Rockhampton, and Sydney, as well as periods at the Parliament House bureau.

Isabella has won the Walkley Young Australian Journalist of the Year Awards in the Shortform Journalism category.
She’s covered everything from cane toads to constitutional arguments while working on TV, radio, and online. She was born in Queensland and raised in a Torres Strait Islander family. For the past two years, she has covered Indigenous Affairs for the ABC. She is a very close friend to Bridget Brennan who is the Europe correspondent for the ABC in London

Higgins commitment and motivation will surely serve as an example to others. There were a couple of instances that sparked her curiosity in the field. The 2011 Brisbane floods were the most memorable. Their house collapsed, leaving them stranded for days. After the floodwaters receded, a radio reporter arrived at their gate. Not long after, Isabella added journalism to her university study.

Isabella is not Aboriginal, she is from Torres Strait Islander. She however covered Indigenous Affairs for the ABC for two years.

She earns an estimated salary of $72,000 annually.