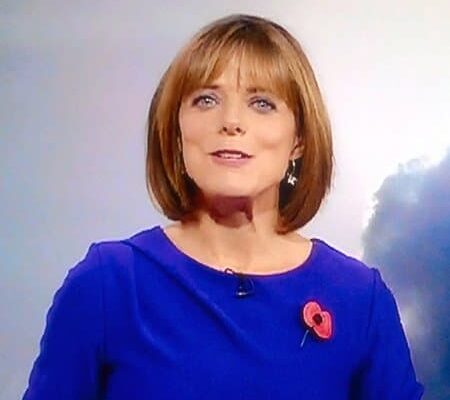 Lear was born on 14 December 1967 in Sheffield, South Yorkshire, England.

Louise graduated from Middlesex University in 1988 with a Bachelor of Arts degree in Music and Drama, where she studied the clarinet and piano.

Lear was born and brought up by her parents in Sheffield but she has not revealed any information regarding them. Its also not known if she has any siblings since she has kept her family off the public eye.

Louise is married Ian Lear, an architecture. and the Director at Riversheds Ltd. He previously served as a Design & Development Manager at Patisserie Holdings Ltd and as a Retail Store Development Manager at The White Company Ltd. Ian graduated with a BA Honors in  Interior Design from London Metropolitan University and 3 ‘A’ levels, Design, Business Studies, Geography from De Montfort University formerly Leicester Polytechnic. Louise and Ian have not shared any information regarding their marriage date and location and its also not known when and where the two met.

Lear and her husband are proud parents to two sons, Jamie Lear and Miles Lear.

On August 2016 during her evening weather report, Lear came onscreen already chuckling, and continued to laugh as she explained the weather in Scotland and Wales.

“I’ll try and keep it together because it’s not a laughing matter with the weather in Scotland today,” Lear said as she wiped away tears of laughter.

Her fellow presenter, Simon McCoy jokingly asked her if she was alright as they tried to redo her introduction. But while it was unclear what Lear was laughing at, she couldn’t seem to stop herself as she finished the broadcast.

Louise joined the BBC Weather Centre in April 1998 and regularly appears on BBC News, BBC World News, BBC Red Button, and BBC Radio and also presents climate news for “BBC News at Six”. She also worked as a researcher at Children’s BBC before taking a job as on-air talent.

Prior to joining the BBC, she also worked for an independent radio production company where she covered the 1992 Winter Olympics in Lillehammer. As a sports reporter, Lear also covered events such as Wimbledon. She also served as a weather presenter at Central Television and also spent two years at LBC in London.

Louise also worked for a few organizations including ‘Focal Television’ and ‘London Broadcasting Company.’ Then in the year 1992, she joined Central Television and worked as a climate presenter. In 1996, she joined The Weather Channel for its launch and became a cable and satellite weather reporter before joining the BBC in 1998.