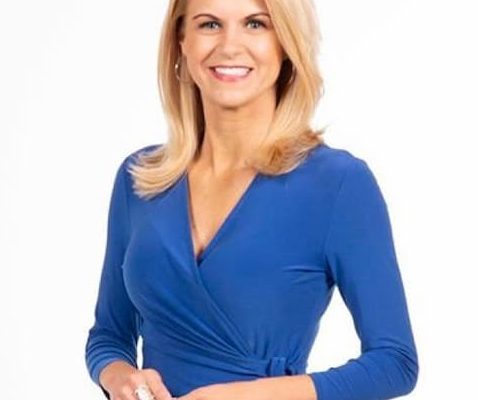 Liz Collin is an American journalist serving as a reporter and anchor for WCCO.  She previously worked at WHP-TV, a CBS affiliate, KWCH-TV and KDLT. She is the wife of Lt Bob Kroll.

Liz attended Worthington High School graduating in 2000, a month later she joined the Art Institute in Fort Lauderdale, Florida where she took classes in the broadcast program. She choose the program since it was only 18 months.

Liz is the daughter of Bill and Jane Collin.

Liz is married to Lt. Bob Kroll, the Minneapolis police union president. There is no information on when they got married as they like to keep their personal life private. Collin has reported on a number of stories related to the Minneapolis police. According to a January 2018 compilation of tweets made by local freelance reporter Becky Zosia Dernbach, Dernbach found out about their relationship in June 2017.

While we’re talking about conflicts of interest. Wouldn’t you all want to know if Bob Kroll was married to a local TV reporter? He IS — and @WCCO still has her covering the Minneapolis police. https://t.co/ajhlv7FqFV

She was previously married to Joe Sheeran. The couple got married in 2004. They first met while they were both working in Sioux Falls. Joe was a reporter at the time. It seems like the couple has since divorced although the timeline of their marriage is unknown.

She has a son named Anthony Donald born in 2012.

At the age of 10 together with her friends, they started a newspaper that they sold for 15 cents. While in high school she was in Trojan News, a program that gave her foundation in journalism.

“When I was 10, the Daily Globe did a story about me. I had started a newspaper with friends from my block, and we were selling it for 15 cents. I was even interviewed by WCCO radio for that story. Then I was in Trojan News in high school, which was a great program and gave me a lot of the foundation work.”

At the age of 15 she joined KWOA radio where she run the Twins and Vikings games on the AM side. They later let her do the weather reports, working weekends over the summer.

She worked at CNN while in Florida for a few months and was employed for half a year as a robotic camera operator at a large NBC station.

Liz got her first on-air opportunity at KDLT where she began doing cut-ins (local news breaks during the national show) in the morning. They later launched a morning show which she anchored until she left.

She later joined KWCH-TV in Wichita, Kan. where she worked for three years. She started as a reporter and a year later she became a morning show anchor. She later moved to the p.m. newscast, which was the big nightly newscast. While there she did a couple of big stories such as, uncovering some problems at a military school in Salina, where young cadets were allowed to beat up each other. The station had received a phone tip about the military school, and Liz’s job was to look into the claim.

“That was also when the BTK killer, a serial killer from the 1970s, happened to resurface. It was a big national story when it happened. At first, it was kind of scary. Nobody knew what to make of it. People went out and bought guns, wouldn’t walk outside after dark. He was finally arrested after more than 20 years.”

She later moved to WHP-TV, a CBS affiliate in Harrisburg, Pa where she served as an anchor and reporter.

“I was there in the aftermath of the Amish school shooting, which was a big national story. The summer that I was there, an entire family in an upscale neighborhood was killed by a 16-year-old. We saw a lot of reporters there from CNN. One story that I did work on for several months was about the child welfare system. We received a tip about accusations of child abuse before children were being removed from the home. I uncovered paperwork about it, and because of our story, lawmakers took up the cause and lobbied for new regulations.”

She joined WCCO in June 2008 where she serves as an anchor and reporter.

“I’d been harassing them for a year now I kept in touch with the assistant news director, who I met about a year ago. I sent tapes about every few months and was lucky enough to have them call me back when there was an opening. In television, you have to plug away at it.”