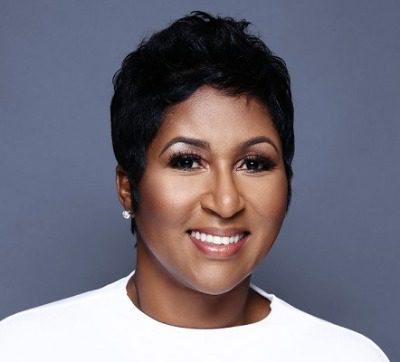 Lisa Rayam is an American journalist working as an Anchor and Senior Producer of NPR’S Morning Edition Atlanta /WABE 90.1 FM since December 2018. Lisa previously worked for PBS/Georgia Public Broadcasting as a Journalist/PBS. Lisa previously worked at FOX 5 Atlanta, WAGA-TV, as a news anchor. She also worked for WINK-TV in Fort Myers Beach, Florida, as a news reporter.

Details of her age are unknown.

Lisa attended Arizona State University and obtained a bachelor of arts in English in 1984 after finishing her primary and secondary school education. Lisa later returned to Arizona University and earned a Master of Science degree in 2016.

Rayam has kept details of her family off the limelight, thus there is no information on her parents or siblings. We will update you once this information is available.

Lisa was first married to her late husband Lee Norris Rayam who worked as a poet and activist. Norris was murdered while the two were on a vacation to celebrate their secon anniversary in Jamaica in 1994 . Later on,she got married to her second husband Derwin Tucker and they reside in Atlanta with their sons Jordan and Kamryn.

You’re undoubtedly familiar with her from her 21 years as a reporter and anchor for Fox 5’s noon and 6 p.m. newscasts. Lisa earned a reputation as a feisty, well-connected reporter and dependable anchor during her time there. She offers a wealth of expertise, broad contacts, and credibility to our team as a result of her 20+ years of covering the most important news events in our community. She left Fox 5 in 2016 after 22 years of service. She arrived just as the station’s allegiance was changing from CBS to Fox.

Rayam who has vast radio and television experience. She has been the Capitol Correspondent for GPB’s LAWMAKERS Show for the previous two legislative seasons. She was the noon and 6 p.m. anchor at Fox 5 Atlanta before that. She has worked in radio at KOOL-FM and KYCA-AM in Phoenix and Prescott, Arizona. Rayam has received multiple honors for her reporting as well as various community service awards.

Denis O’Hayer, a former 11Alive presenter who retired over the summer, will be replaced by her. She started at WABE on December 10 and took over the morning show in early 2019.

Most people think Lisa Rayam looks exactly like an older Toni Braxton, especially after her appearance on Georgia debate.

What is Lisa Rayam Doing Now

Lisa is the host of “Morning Edition,” which airs Monday through Friday from 6 a.m. to 10 a.m. She also hosts Political Breakfast Podcast and WABE 90.1FM, Monday-Friday 6am-10am.