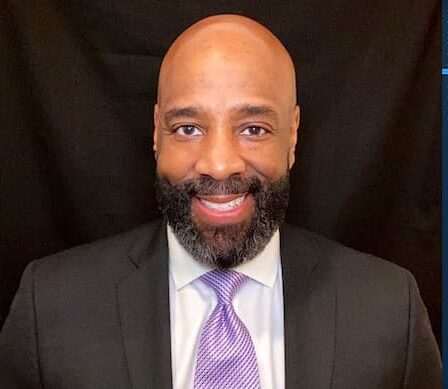 Nick (Nicholas) Smith is an American journalist and veteran US Army. He is a Chicago-based correspondent for ‘Morning in America’ on NewsNations. He is also a co-host of “Laugh And Learn” w/Flame Monroe on Charlamagne tha God’s Black Effect Network on iHeartRadio.

He attended Santa Rosa Junior College where he studied A.A., Communication. In 1999 he graduated from the University of California in Berkeley with a Bachelor of Arts in Political Science. He also has a Masters degree in Communication Management from Emerson College.

He is the son of Marshall and Rosetta. He posts his parents on his social media pages.

Nicholas has managed to keep his personal life private. His marital status and sexual orientation is unknown.

Nick is an Army veteran who served four years on active duty. He was an 81E in the Army, spending most of his time stationed in Germany producing and editing training videos. He said he joined the Army because he didn’t have a plan, and calls it one of the best decisions of his life.

Four years after serving in the Army Nick decided to do broadcasting as he liked working with camera and thought he would find work in the TV world. He began by pursuing his education through the GI Bill, becoming the first in his family to earn a degree before moving on to grad school at Emerson College in Boston.

After grad school, he was offered to shoot video by a news station in Boston. He was assigned to neighborhoods the more experienced crew would rather avoid. Her good work and personality later paid off as the news director decided to try him out as an on-air reporter. Over the next years he spent time at several stations across the country honing his skills as a broadcaster.

Nick is a Chicago based Correspondent for NewsNation’s LIVE three-hour national morning newscast ‘Morning In America’ hosted by Adrienne Bankert. He joined the network in August 2021. He also serves as a co-host of “Laugh And Learn” w/Flame Monroe on Charlamagne tha God’s Black Effect Network on iHeartRadio since October 2020. He is also the evening anchor and managing editor for Waypoint Media L.L.C.

Prior to joining NewNation, he was a news anchor and host for Fox Television. He also anchored the evening news at WTTG-TV and hosted Fox 5’s “Like It Or Not”. He has also hosted and produced ‘Street Eats’ on Travel Channel. He also hosted Justice By Any Means: American documentary television series. One-hour true crime reenactment series features various cases involving African Americans trying to “unravel mysterious crimes and find justice for a loved one.”

Apart from being a journalist, he has also worked as a corporate relations principal for Pacific Gas and Electric Company. He also served as a public affairs officer for the US General services administration and federal protective service.