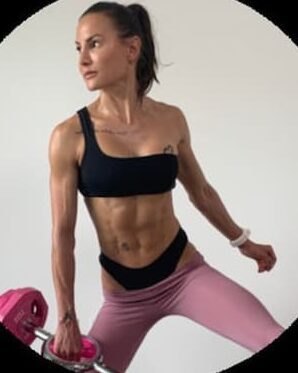 Lisa-Marie Zbozen is a British fitness instructor who is the CEO of THEWKOUT. She is also the fiance of reality TV star Jay Blades, who is best known for his appearance on ‘The Repair Shop.’

Lisa is engaged to Jay Blades,MBE. It is not clear when the couple began dating or even how they met. They kept their relationship very private until they announced their engagement.

Jay Blades is a British award-winning TV  presenter, furniture restorer and eco-designer. He is a BBC presenter on The Repair Shop. He is the owner of Jay & Co., where they restore, upcycle and (re)design furniture and accessories.

He is dyslexic and left school at the age of 15 but he eventually managed to get back on track studying for a degree in criminology and philosophy at Buckingham Chilterns University. He then found his true vocation in restoration and supporting vulnerable people in our society through his former charity, Out of The Dark.

He has a documentary ‘Jay Blades: Learning to Read at 51’ where he learns to read and talks about the challenges of being dyslexic.

Lisa got engaged to Jay Blades on December 23, 2021. The couple announced the engagement on their respective social media. Jay revealed that he designed the engagement ring and was made by his co-star on The Repair Shop, Richard Talman.

Lisa has no children. Jay however has a daughter known as Zola from his previous marriage. He is also alleged to have two other children from previous relationships.

Jay also revealed on Twitter that he will not be having children with Lisa. This was after a Twitter user commented “Congrats. So is it a race with Will [Kirk] for next toddler in the repair barn ;). “To which he replied: “No more kids over here for us.”

Will Kirk is Jay’s co-host on The Repair Shop and had just been married when Jay announced the engagement.

Lisa is the CEO of THE WKOUT, an online workout program. The website reads “Rep by rep, move by move, overcoming obstacles, building strength & gaining the confidence to take on the daily battles life can throw at us. An escape. A small piece of time in your day thats just for YOU. A place where you can switch off & feel like a superhero. We understand that life isn’t an Instagram filter & that perfect bodies don’t happen overnight.

This is real people, real results & real effort. No more repetitive DVD’s, no more gym memberships. We do it all together, as a team & no one is left behind. These WKOUT’s are no joke, you will be pushed outside of your comfort zone every single day. Using different workout styles & techniques you get results you never dreamed possible. Our goal is to get you in the best shape of your life; while having the best time of your life.”