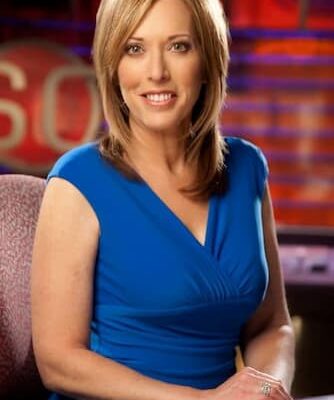 Linda Cohn is a sportscaster from the United States. She is the host of ESPN’s SportsCenter. Since early 2016, Cohn has served as ESPN’s longest-serving SportsCenter anchor, and she was honored for anchoring her 5,000th SportsCenter, the most of any anchor in ESPN history.

Cohn grew up watching sports on TV with her father, who is an avid sports lover. When she was 15, her mother discovered a hockey league where she could play alongside boys, despite the fact that the boys were just eight or nine years old. As a youngster, Cohn excelled as a goaltender in ice hockey, making her high school’s boys team.

Despite the fact that she didn’t make her high school hockey team as a junior, she did so as a senior. After graduating from Newfield High School, Cohn played goaltender for the women’s ice hockey team at SUNY Oswego In 1981, she earned a bachelor’s degree in arts and communications. Cohn was inducted into the Oswego State Athletics Hall of Fame in 2006.

She has not disclosed the names of her parents. However, she has continually described how they have her greatest support.

She is a sister to Howard Cohn.

She is divorced. Her ex-husband is Stew Kaufman. Their long-term marriage came to an end in 2008. Cohn had a long-term association with minor league hockey goaltender coach Matt Voity in the early to mid-2010s. In 2014, Sports Illustrated called Cohn one of the top 25 most important women in sports.

She is a loving mother to a daughter Sammy Kaufman and Dan Kaufman.

Cohn has been a SportsCenter anchor since joining ESPN in 1992. She is ESPN’s longest-serving SportsCenter anchor, having anchored her 5,000th SportsCenter in early 2016, the most of any anchor in ESPN history. She was recognized in the Hall of Fame of the National Sports Media Association (NSMA) in 2017. Cohn works as an in-arena host and reporter for NHL game coverage, frequently reporting from between the benches.

Cohn is also the host of In the Crease, an ESPN+ nightly hockey show that debuted during the 2018 Stanley Cup Playoffs. In the Crease – The ESPN NHL Podcast was launched by Cohn and national hockey reporter Emily Kaplan in 2021. On and off the ice, the podcast provides fans with insider insights, reporting, reactions, and analysis on the latest breaking headlines and under-the-radar happenings.

During the NHL season, Cohn also appears as an analyst on SIRIUS XM’s NHL Network Radio every Monday and fills in as a host on Mad Dog Sports Radio on a regular basis. In 1981, Cohn began her career in sportscasting as a news anchor, writer, and sports reporter for WALK-AM/FM in Patchogue, New York. Cohn worked as a weekend sports anchor and full-time reporter for KIRO-TV in Seattle.

She has written a book entitled, Cohn’s autobiography, Cohn-Head: A No-Holds-Barred Account of Breaking Into the Boys’ Club, which was published in 2008. Her great climb to the top of the sportscasting profession, as well as her life inside the ESPN empire, are chronicled in the book.

She earns a salary of approximately $1.3 million annually.