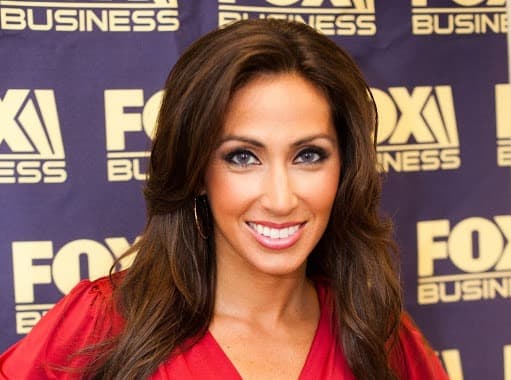 Lauren Simonetti is a media personality serving as a FOX Business Network (FBN) reporter and the co-anchor of FBN: AM that airs weekdays at 5 AM/ET. She previously worked as a business news writer and producer for CNN.

Lauren stands at a height of 5 feet 1 inch tall.

Laura is of Italian and American descent.

Simonetti is the daughter of Janet and Raymond Simonetti of Rossville. Her father is a businessman while her mother is a housewife. She has two siblings

Lauren is married to Mark Cubrilo, a field and satellite engineer for Fox  News Channel. The couple knew each other from work but not at a personal level. They had an encounter on the campaign trial when Mark invited Lauren, along with other staffs at Fox News for dinner, but no one except Lauren showed up. They again had an encounter at an after-work gathering where Mark’s brother told Lauren that Mark had a crush on her. They went out later and began dating.

In April 2015, two days after Lauren’s birthday, Mark proposed to her at a private dinner. Six months later the couple got married in the Crystal Plaza, Livingston, New Jersey.

Lauren is a mother of three kids; two daughters and a son. Their names are unknown.

Lauren is an anchor and correspondent for FOX Business Network. She joined the network in 2007 as a reporter and field producer before becoming a co-host of the early morning business news program FBN:AM, which airs on weekdays beginning at 5 AM/ET.

During her tenure, she has covered major economic news events such as the 2008 financial crisis, the bankruptcy of Lehman Brothers, the impact of the Gulf oil spill, the Bernie Madoff Ponzi scheme, as well as the IPOs of major companies including Facebook and Twitter. She was awarded the Italian-American Achievement Award by the NYPD Columbia Association for her work.

Prior to joining FBN, she served as CNN’s business news writer and producer. Her final two years at the network were at the NYSE, where she was the sole business producer. She previously served as an associate producer at CNN, writing for programs on CNN, Headline News and CNN International. She began her career as a production assistant for Lou Dobbs Tonight.

As of 2020, there is no news regarding Lauren’s departure from Fox Business News. She had however briefly left in 2017 during her second maternity leave. She however returned in 2018.

It is not clear whether Lauren has any tattoos, although there is no visible tattoo on her, In 2015 she tweeted that “If you have a tattoo on your wrist-you may want to steer clear of the #AppleWatch.”

If you have a tattoo on your wrist – you may want to steer clear of the #AppleWatch !!!@FoxFriendsFirst $aapl