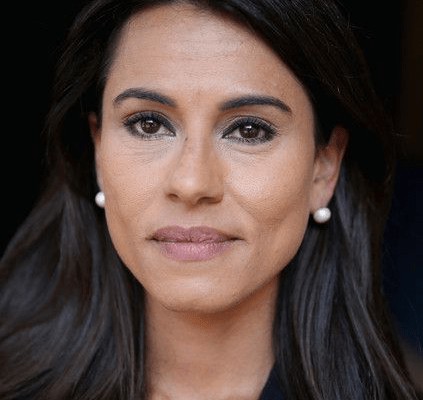 Lama Hasan is a London-based British journalist for ABC News and BBC News. She has been an on-air contributor for ABC News since May 2003. Her field work has appeared on Good Morning America, World News Tonight, Nightline, ABC News Now (ABC’s 24-hour news channel) and on ABC affiliate stations. She currently anchors World View on ABC News Now as well as reporting on other breaking news events for the channel.

Information about her height is not available though she appears tall in her photos.

She is a graduate of Mander Portman Woodward, Queen’s College, Oxford and University College London.

Details about her parents are not available.

There are no records of her past relationships and its possible she’s still single.

She’s kept her personal life private and so its still not clear whether she has kids or not.

She is an ABC News correspondent based in London since 2010. She reports for all ABC News’ broadcasts and platforms, including “World News with Diane Sawyer,” “Good Morning America,” “This Week” and “Nightline,” as well as ABC News Radio, ABC News NOW and ABCNEWS.com.
In 2011, her reporting made ABC the first U.S. network on the ground covering the famine in east Africa. she was one of the first reporters on the ground to cover the drought and famine in Somalia and the refugee crisis in Dadaab, Kenya. That same year she covered both the Egyptian and Libyan revolutions extensively, reporting on surface-to-air missile depots left behind for rebels to loot after Gadhafi’s army left.
She was recognized with the 2011CINE Golden Eagle Award for her contribution to the 20/20 special ”Islam: Answers and Questions.” Before her current assignment, Hasan was a correspondent based in Cairo, Egypt filing reports across ABC News’ broadcasts and platforms. Prior to her post in Cairo, she was a London-based ABC News correspondent and anchor for ABC News NOW, the network’s 24-hour digital channel. She anchored the international news program “World View” on ABC News NOW and reported on breaking news events for the network.
From 2002-03, Hasan was a field producer for ABC News, traveling on location throughout the Middle East. Previously she worked as a production assistant and a news desk assistant for “World News Tonight” and “Good Morning America,” respectively. She began her career at ABC News in August 2000.

Information about her net worth is not available.