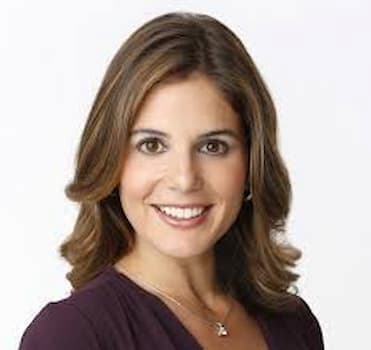 Kristin Thorne is an award-winning media personality serving as a Long Island reporter for WABC-TV Channel 7 Eyewitness News in New York. She is also a regular in-studio guest on 103.9FM LI News Radio.

She stands at a height of 5 ft and 6 inches tall.

She went to Georgetown University College of Arts and Sciences where she graduated with a Bachelor of Arts in American Studies in 2004. She earned her master’s degree in broadcast journalism from the Medill School of Journalism at Northwestern University.

Kristin has not revealed the identity of her parents but she has shared on her social media a photo of her father who is deceased.

Kristin is married to Brian. The couple had dated for a long time before getting married on December 31, 2013.

Together with her husband, they have three children together; two adopted and one biological. They adopted James and Olivia in December 2014. Their biological mother passed several years ago. In July 2019 she gave birth to her daughter, Vivienne.

Thorne is a Long Island correspondent for WABC Channel 7 Eyewitness News in New York. She joined the network in 2012 as a columnist. She previously worked as a freelance reporter for WCBS-TV. She has also worked as a reporter for News 12 Westchester and also as a bureau chief and reporter for ABC 27 WHTM.

She has appeared on national morning news programs including ABC’s Good Morning America and CBS’s The Early Show. She is also a regular in-studio guest on 103.9FM LI News Radio.

During her tenure, she has been honored with many awards for her stories. She has received an Emmy Award, two regional Edward R. Murrow Awards, several awards from the Associated Press Broadcasters Association and the Society of Professional Journalists.

She has worked in the media industry as a journalist for over 12 years thus accumulating a net worth of between $1 -$5 million as of 2021.