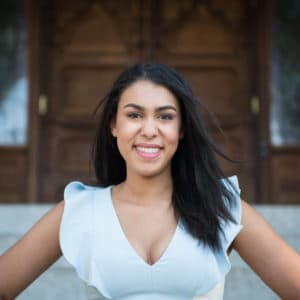 Kendra Andrews is the NBA reporter on ESPN, specializing in the Golden State Warriors. She previously co-hosted the Dubs Talk podcast and appeared on a full panel of Warriors-related TV programming.

Andrews is a former Washington Post intern and a Gonzaga University graduate.

She is a beloved daughter to Mike Andrews (father) and Caren Andrews(mother). Mike is a Raiders supporter. Caren, his wife, grew raised in San Francisco and is a 49ers supporter. Every sport drew interest, but the entire family was rooting for the local NBA club. After a year at The Athletic, Kendra, 23, joined NBC Sports Bay Area in January as a Warriors reporter.

She is a sister to Malika Andrews

Andrews co-hosted the Dubs Talk podcast and worked as a Warriors reporter for NBC Sports Bay Area. She previously worked at The Athletic, where she covered the Denver Nuggets. Kendra began her career as an NBA reporter for ESPN in January 2022, focusing on the Golden State Warriors.