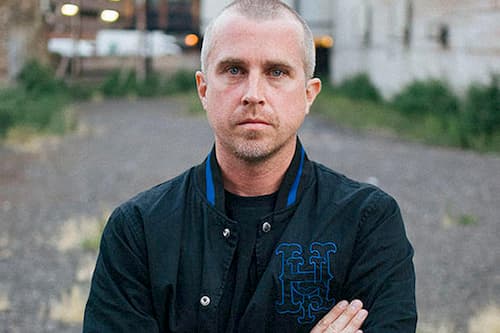 Keith Hufnagel is a former American skateboarder and the founder and designer of the skate/clothing brand “HUF”. He died on September 24, 2020 after battling brain cancer for two-and-a-half years.

Hufnagel was married to Mariellen Olson. On May 9, 2020 he wished her a happy birthday on his Instagram.

Together with his wife, they have two children together.

He spent 25 years of his pro career riding for Real. He was known for his extra-ordinary skate skills. He was one of the legendary skateboarders who helped shaped the East Coast skating scene in the ’90s.

Keith founded HUF Worldwide in 2002, it is a manufacturer of premium footwear and apparel. He opened the brand’s first shop in San Francisco after he moved to the West Coast from New York.

In 2012 during an interview with Complex, he said the brand’s name was born on the streets.

“The name HUF just stuck with me as a sort of nickname amongst my friends, so once I turned pro I started using it on product and clothing and it became what people recognized me by. In 2002, after I had been living and skating in San Francisco for a bit, I decided I wanted to open up a retail shop that would sort of fuse skateboarding with the sneaker and streetwear scenes at the time.”

He was diagnosed with brain cancer in 2018. According to the statement announcing his death he “battled brain cancer for the past 2.5 years. And though he beat the odds and fought back much longer than his diagnosis permitted, he ultimately and unfortunately lost the fight.”

Hufnagel died on September 24, 2020. His death was announced on Huf Worldwide’s Instagram page. In the statement, they revealed that Keith battled brain cancer for the past 2.5 years.

We are absolutely heartbroken to deliver the news today that HUF founder Keith Hufnagel has passed away. Keith battled brain cancer for the past 2.5 years. And though he beat the odds and fought back much longer than his diagnosis permitted, he ultimately and unfortunately lost the fight. Keith was not only the ‘HUF’nagel in HUF. He was the heart and soul of this brand. He built and brought together a community of people like no one else could. Keith paved the way for all of us – as a respected professional skateboarder, shop owner, brand founder, footwear and apparel designer, creative director, and industry leader. He showed us how to do it, and how do it right. Keith loved skateboarding and the culture around it. He did things his way and did them for the right reasons. He inspired so many of us across the globe. But above anything else, Keith loved and supported the people around him. He would do anything for his friends, family and children. He passionately wanted to see others succeed. And we all loved him for it. Keith’s legacy will continue to live on at HUF. Today, tomorrow and forever. Rest in peace, Keith.

Keith Hufnagel Cause of Death