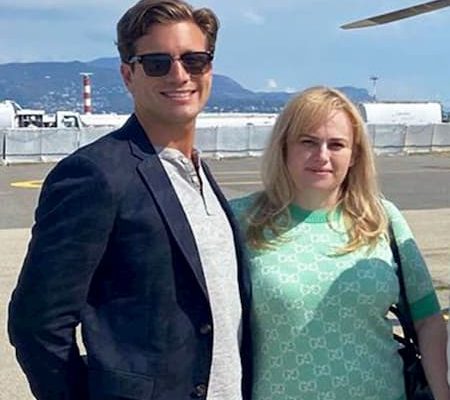 Who Is Jacob Busch

Jacob Busch is a part of the Busch family, founders of the Anheuser-Busch brewing dynasty. He is a co-founder of Barrels & Sons Brewery. He is currently dating actress Rebel Wilson.

He is the son of Peter and Joan Busch.

Peter is a descendant of Adolphus Busch who co-founded the Anheuser-Busch brewery in 1852. They producer America’s most popular beer, Budweiser. The Busch family behind Budweiser beer sold the business in 2008 when a group of Brazilian and Belgian investors led InBev’s takeover of Anheuser-Busch. The family had passed down the company through the generations but ended up selling an estimated 25% of the business from 1989 to 2008, leaving them powerless to stop the $52 billion buyout bid.

According to Forbes, he has an estimated net worth of US$100 million. His family was listed as the 16th richest in America, with a fortune of US$13.4 billion.

Jacob together with his friends Elliott Taylor and Carlo Mondavi launched a brewery called Barrels & Sons Brewery. The idea to launch the brewery came due to their close friendship.

During an interview with Forbes Mondavi said; “We would go out all the time eating and enjoying great beer, wine and good times. During one of our visits to St. Louis, we were drinking some Budweiser. It tastes so good there at the Busch family ranch, and we asked Jacob if we could go visit the brewery. He said no… It was after the 2008 takeover, so the family was no longer there at Anheuser-Busch. I thought that was wild because if you were in Napa Valley and asked me to visit Robert Mondavi winery, I would say the same thing. My family had a very similar takeover in 2004, so we had just lost our farm, as well, and I know how hard it is to see something your family has poured their heart and soul into slip away. We asked Jacob what he was up to since the family lost the brewery, and that question led to the simple fact that we needed to start Sons Beer. All three of us love the same style in beer and felt that everyone was focused on IPAs and overly hoppy sweet beers, but no one had focused on classic pilsners. Beers that go great with food and are refreshing. We just felt like we had to begin again.”

He is also a philanthropist who serves as the West Coast ambassador of The Peter W. Busch Foundation to benefit The Busch Wildlife Sanctuary, the Cystic Fibrosis Foundation, and The Boys and Girls Club. Additionally, he works with an initiative called “Mission Save Her” which intends to fight sexual assault and human trafficking.

Jacob is in a relationship with actress Rebel Wilson. According to Radar Online, the couple met in February 2019 after they were introduced by a mutual friend. Their first date was at Catch restaurant in Santa Monica. The couple was also spotted getting cozy while taking in the musical Cats at the Pantages Theatre in Hollywood.

On September 24, Rebel made their relationship Instagram official after he posted a photo of herself and Jacob posing in front of a private jet with friends and fellow celebs Kate Beckinsale and Helen Mirren.

Quick Helen, get to the chopper! #TeamMonaco

Jacob dated former Real Housewives of Beverly Hills star and Palms mogul Adrienne Maloof in 2013. The two had an age difference of 28 years. They were first spotted together on October 1, 2013 at Star magazine’s “Scene Stealers” event. They split amicably in 2015.

Jacob is not gay.

Reflection Monday. Start working on your spring body now. Before you know it, summer will be here??? #selflove #selfcare #1