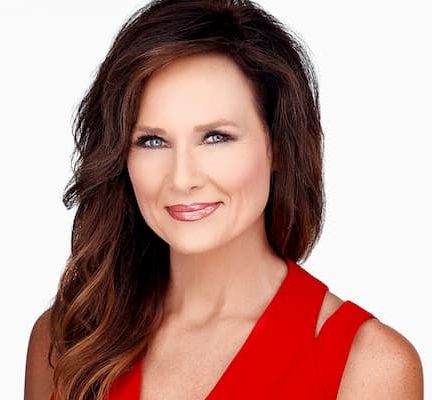 Kathy Sabine is a 7 times Emmy award-winning chief meteorologist working at KUSA-9NEWS in Colorado, Denver. She serves as the lead forecaster on the 4, 5, 6, 9 and 10 p.m. newscasts Monday through Friday.

Kathy was born on July 3, 1983  in Tahoe and grew up on Donner Summit, a place where there was cannibalism and the wagon train stuck in the snow.

Kathy stands at a height of 5 feet 11 inches tall.

Kathy attended Cal Poly in San Luis Obispo where she studied veterinary science and animal science but dropped out after a few years to pursue a career in journalism. She later enrolled at the Metropolitan State University of Denver, and later California Polytechnic State University.

Kathy has not said much about her parents but during an interview with Westword, she said that she grew up on Donner Summit and her parents were involved with summer camp lodges that were affiliated with the Sierra Club. They were also owners of a local ski hill, sort of a spring-skiing hill. She said grew up hiking, skiing and camping as she grew up right up against a Bureau of Land Management forest.

She also added that she loved skiing and her father was head of the ski school for a while at Soda Springs. He then became part owner of the ski hill, so skiing and racing were a big part of her childhood.

Kathy is the oldest of three sisters; Wendy O’Sullivan and Kimberly Maughan Womack.

Kathy got married to her husband Scott Crawford in 2005 at the age of 22. They met while in college.

“I met my husband at 22. He was in college as well. Back in the day, that’s when you got married — at 22 [laughs]. That’s when I got married — right out of college. My husband had a real job, quote-unquote, with benefits and a car and a salary, and I was flipping pizzas during the week and doing weekend weather and making $16,000 a year. So when he got a promotion, I had to quit my job and move with him.”

There were rumors that Sabine had divorced her husband but it is not true. As of 2020 they are still married and live

Kathy is a mother to three beautiful children; two sons and a daughter but their names are unknown.

While growing up Sabine had horses and competed on a small scale with 4-H. She had a horseman’s association and was president of the junior division. She took part in the small-time rodeos, the Gymkhana events: pole-bending and the keyhole race. While in high school she was the queen of the Tahoe-Truckee rodeo.

When she joined college she enrolled in veterinary science and animal science Cal Poly in San Luis Obispo. She dropped out of veterinary as it required her to study for eight or nine years and she could afford it.

After realising she couldn’t finance her career in veterinary Kathy opted for journalism. Her first job was at KSBY in San Luis Obispo, the NBC station where she worked in production.

Sharon one day suggested that she should audition to do weekend weather. “So I stayed after work every night. I would set up the camera with the chroma key on and pretend I was whoever the popular weather person was back in the day. I’d just practice and keep making tapes and putting them on the news director’s desk. I think I just badgered him to death. He probably just wanted me to go away, but he gave me a chance. And when he saw me, he was like, ‘God, you can actually do this.’ And I said, ‘Yeah, I can do this.’ That’s kind of how I started on television. I got on the air at the station.”

Kathy serves as the Chief Meteorologist for 9NEWS in Colorado, Denver,  having joined the station in the spring of 1993. She is the lead forecaster on the 4, 5, 6, 9 and 10 p.m. newscasts Monday through Friday. She also writes a daily forecast for the Denver Post and the Coloradoan newspaper in Fort Collins and Greeley.

She has been awarded seven Heartland Emmy Awards for best Meteorologist. She has four CBA or Colorado Broadcasting Awards and two AP awards, one for news writing.

Kathy’s actual salary is unknown but it is estimated to be between $1000k to $150k annually.

Kathy has an estimated net worth of $40 million.

Kathy renewed her contract with 9News in 2019 although details of the contract are not public.

A throwback to a recent Summer adventure… there was no way to look out …even way up that high …to see what was coming…anyone else miss going on adventures in new places with your family??❤️