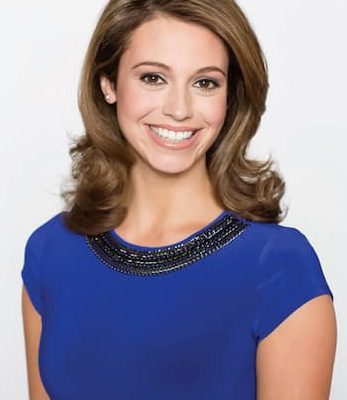 Cheryl Scott is an American meteorologist and geologist serving as a meteorologist for ABC 7 Chicago News ‘Eyewitness News’. She is on the Board of Directors of the American Red Cross.

Scott stands at a height of 5 feet 6 inches tall.

Cheryl attended Paul VI High School in Haddonfield, New Jersey where she was a fast runner. She has a bachelor’s degree in geological science from Brown University in Providence, Rhode Island. She has a certificate in meteorology from Mississippi State University.

She is the daughter of Marie Picciano Scott but her father’s name is unknown. She is the youngest in a family of three children. Her two older brothers are Kevin and Brian.

Cheryl is not married but she is engaged to Dante Deiana. The couple got engaged in July 2018 while on vacation in Hawaii. The proposal, however, didn’t go as planned, they had planned to hike the dormant Haleakala volcano but it rained so they delayed the excursion by a day. When they reached the summit Scott proposed.

The couple had been dating for about two years before the proposal. They met at a charity event in Chicago. Deiana works in the hospitality industry.

This just in… Proposal video ?? ❤️❤️ Sharing this intimate moment with all of you because I am still so blown away by this proposal & it is so beautiful! My love, @primadante , went above and beyond! (Hired a hidden videographer to capture this special moment on top of #haleakala Volcano) Thank you @engagedonmaui for being there for this special moment and capturing it all! (Can’t believe I didn’t notice at first) This means the world to me, and I feel so fortunate to have this moment documented for years to come. Hope it brings a smile to your heart 🙂 Babe, love you to the moon and back ?❤️? @she_saidyes @theweddingpic @engagedlife @engaged

Scott is a meteorologist for ABC7 Chicago News. She joined the station Eyewitness News team in December 2014. She previously worked at NBC 5 in Chicago where she was the morning and weekend meteorologist since September 2011.

She began her career as a meteorologist as an intern WCAU-NBC 10 and Philadelphia-based TV station. She was later hired by WSEE-TV as a weekend weather reporter. At that time, she also served as at 24-hour Caribbean Weather Channel. Later, she moved to Knoxville and joined WBIR-TV, NBC affiliate network.

Scott has a dog named Lola.

Build your very own Rain Gauge! Join me & @lolatheweatherbeagle Tonight at 6:30PM for another fun science experiment/craft! Since we are about to get a lot of rain in #Chicago, this is a perfect time to make your own at home Rain Gauge! ?. We will be live on @abc7chicago Facebook page at 6:30 PM! And the best part about this… once you have your rain gauge, you can send in your rain reports to me and I can use them for my weather-casts on air! ✔️➕See you tonight! . Materials Needed: 1. Empty Water Bottle (2L) 2. Scissors / paper clips 3. Masking Tape 4. Ruler 5. Modeling Clay (or pebbles/rocks)