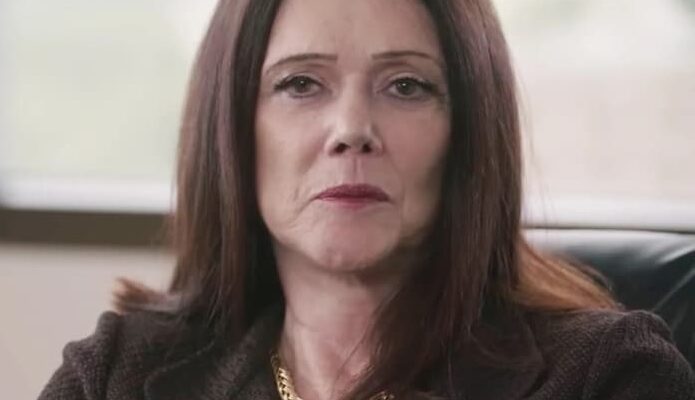 Kathleen Zellner is an American attorney and the founding partner of Law Offices of Kathleen T. Zellner. She has obtained the release of 20 inmates on the basis of newly discovered evidence, including DNA. This is highest number of exonerations for a private attorney in the United States.

She attended Marquette University in Wisconsin but after one semester she transfered to the University of Missouri. She graduated from Concordia University in Montreal, Canada. In 1981 she received her Doctor of Juris from the Northern Illinois University College of Law, where she was editor-in-chief of Law Review and worked for the 2nd District Illinois Appellate Court justice George W. Lindberg.

She is the daughter of Owen Thomas, a geologits and Winifred, a chemist who became a nurse. She has seven siblings (most of whom would go on to become either psychologists or lawyers).

Kathleen is married to Robert Zellner. The couple met at the University of Missouri. The couple married and moved briefly to Canada in the mid-1970s, before returning to the U.S.

Robert is an economist with a doctorate in economics, is a commodity and bond trader from the United States who was a previous director of the Chicago Mercantile Exchange before becoming the CEO of CitiCorp Futures Inc.

Kathleen and her husband has one daughter known as Anne Zellner, who is a lawyer by profession. Anne earned a BA degree from Wheaton College. Later, she received her Juris Doctorate from Northwestern University.

She is the lead assistant general counsel at Xcel Energy. She has worked as a senior associate at a litigation company, Godfrey Johnson PC, Colorado. She has worked as an attorney at Reilly Pozner and Kathleen T. Zellner & Associates. Prior to joining Xcel Energy she was a shareholder at Ryley Carlock & Applewhite

Kathleen is a lawyer but when she was youn she dreamed of becoming an investigative journalist or working for the FBI. She joined Marquette University in Wisconsin wanting to become a history teacher but after one semester she transfered to the University of Missouri where she met her husband. He urged her to pursue a career in the legal field graduating in 1981 from Northern Illinois Law School.

She began her law career as a clerk for a 2nd District Appellate Court justice and worked for several large law firms. In 1990 she opened her own law firm, Kathleen T. Zellner & Associates. Her first case was a request from an anti-death-penalty organization who asked her to represent Larry Eyler, an Indianapolis house painter convicted and sentenced to death for the 1984 murder and dismemberment of a 15-year-old.

She almost got the conviction reversed due toattorney misconduct, when Eyler died from AIDS-related complications in 1994. By then, Zellner’s client had entrusted her with a horrific secret: He’d murdered at least 17 others. Eyeler wanted to strike a deal with prosecutors to reveal the names of the victims in exchange for a commuted sentence. Prosecutors refused, and Zellner was bound by attorney-client privilege to keep the information a secret until he died.

In the spring of 1994 she held a press conference to announce Eyler’s confessions. She revealed the gruesome murder details and names of his victims, stating: “The reason I’m here is so that the families know, he did confess to the murder of your sons. He told me that, and I hope that can bring you some peace of mind.”

In 1998, her firm took on their first wrongful conviction case of Joseph Burrows who spent five yearsawaiting execution in Illinois for murdering an 88-year-old man. Kathleen got him off of death roe by gaining the trust of the state’s lead witness, a cocaine dealer named Gayle Potter, and persuading her to admit she was the real killer.

She has since represented a number of high-profile clients, including Ryan Ferguson, who spent nearly a decade in prison for the 2001 murder of newspaper editor Kent Heitholt. He had been sentenced to 40 years in jail at the age of 19. She won the case and Ryan was released.

She also represented Mario Casciaro, who was convictted for the murder of is teenage co-worker Brian Carrick. The sentencing was overturned in September 2015 and in 2018 he was finishing up Law School.

Zellner is representing Steven Avery who was wrongfully convicted for a 1985 rape in Manitowoc County and served 18 years in prison before he was exonerated by DNA testing. Two years later, he was convicted in a separate murder, that of Teresa Halbach, who was killed after visiting the Avery family’s auto salvage yard to photograph a car for Auto Trader magazine in 2005.

His exoneration, thanks to DNA evidence in 2003, and his conviction for Halbach’s murder, was covered in the Netflix documentary series Making a Murderer with many supporters convinced of his innocence. He still remains in prison after he was found guilty by jury on 18th March 2007. He was sentenced to life imprisonment without parole.

He has always maintained his innocence and alleges he was framed by the Manitowoc County Police Department after he sued them for wrongful conviction for the other convictions in 2003.

Kathleen became interested in Avery’s case after she binge-watched ‘Making a Murderer’and several things about the case immediately stood out.

“The state story about blood—why would there be no fingerprints in the car and his blood in the car? The bullet also really bothered me, because it didn’t show up in the first five or six searches, same with the key. I thought, wow, this really makes no sense.”

She also added that Avery’s facial expression after he was handed down a gulty verdict also made her think he was innocent.

“A lot of times, the guilty person will be histrionic [and] burst into tears, sobbing, [but he] wasn’t like that. There’s a certain way that someone, when they’re innocent, looks when that happens and I saw that on his face. I know that sounds subjective—and I wouldn’t take a case just on that—but in light of everything else, I thought there’s something really wrong with this case.”

She contacted Avery’s friend, Sandy Greenman, who arranged a meeting between the two. “I told him, ‘If you’re guilty, don’t hire me’. I wasn’t kidding; I tell that to all of my clients.”

According to Tyla.com a court filing on 13th April 2021 a delivery driver had come forward and said he saw Bobby Dassey, Avery’s nephew, with an unidentified, bearded man in his 50s-60s pushing a Toyota RAV-4, the model Halbach was driving, onto the Avery property in the early hours of 5th November 2005.

This placed Steven Avery’s nephew, Bobby Dassey, Brendan Dassey’s brother, at the scene of the crime. Brad Dassey, who is Brendan’s half-brother, then claimed that his uncle Avery is innocent and suggested his step-mother, Barb Tadych, might have something to do with the case.

Days later, on 23rd April, Zellner accused the state of Wisconsin of “withholding” crucial evidence in a letter after new witnesses came forward.

Zellner is part of Netflix’s ‘Making a Murderer Part 2’. According to Esquire, the show focuses on the post-conviction phase—and relies heavily on Zellner to narrate the process. She’s seen recreating every step of how the prosecution alleged Halbach’s murder occurred like questioning how much heat is necessary to burn a body, recruiting an expert to examine bones found on Avery’s property, and recreating blood splatter found inside a car door, among other things.

Kathleen is one of the attorney representing Johnny Depp on his legal battle against ex-wife Amber Heard. Johnny is suing Amber over an article in the Washington Post from 2019 where she wrote about being a victim of domestic abuse.

Amber did not mention Johnny’s name in the op-ed but Johnny insists it was abut him after Heard previously made accusations against Depp, alleging that she had suffered two black eyes, a broken nose and a broken lip during a 2015 attack. Depp denies any wrongdoing.

Kathleen has not been involved in any plane crash or accident nor has she represented any clients involved in such.

As of 2022 Kathleen has no known illness.

Some of her significant verdicts and settlements include;